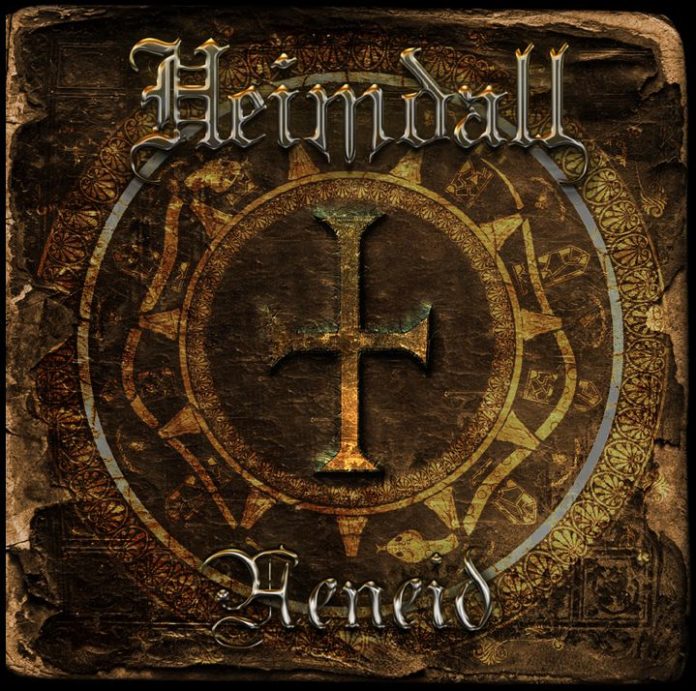 Italians seem to be stuck in time when it comes to Metal music. A lot has happened in the last ten years, but most of the Italians seem to be unaffected by current musical trends, and instead stick to what they do best: Power Metal. Some may take this as an insult, others find it a compliment, but the fact is that this nation’s impact on this particular sub-genre can be rivaled only by the pioneering Germans. When talking about Italian Power Metal in particular, one name has always been lurking in the shadows of the underground, and that name is Heimdall. With their latest effort, however, these veterans decided to have another shot at fame and recognition.

Heimdall’s new album, Aeneid, is the first one after eight years of standstill, during which the band had the chance to regroup, introducing new members to their ranks.  Aeneid itself is a typical Power Metal release, in terms of songwriting, production and performance. Laced with symphonic and Speed Metal elements, it is a fine and coherent 50-minute effort. Most of the tracks reminded me of the glory days of this genre, and bear resemblance to such legends as Rhapsody of Fire, Angra or early Edguy. Although it introduces a lot of keyboards, Aeneid is mostly a guitar-oriented record and the guitar work is impressive, ranging from fast and virtuous solos to juicy and heavy riffs, as for example in “Hero.”  The atmosphere on the album is achieved through splendid use of keys, choirs and additional instruments, such as the sitar in “Gates of War.” The vocals are top-notch, although they are definitely missing an edge in terms of production.

Although it incorporates various elements and keeps your attention for the most of the time, the album suffers from a serious defect concerning originality, and too often some parts strike you as cliché. The backing vocals could have been both sung and produced way better, which would undoubtedly contribute to the overall impression. As for the production itself, it has a certain 90’s vibe, but at the same time sounds modern and highly enjoyable.

I enjoyed Aeneid very much, although my final judgment would have to wait until my impressions settle down and I have another fresh listen at it. But for now at least, I would end with recommending this album to anyone enjoying this type of music, as it features all the trademarks while still standing out from the crowd of similar, but unoriginal, bands.