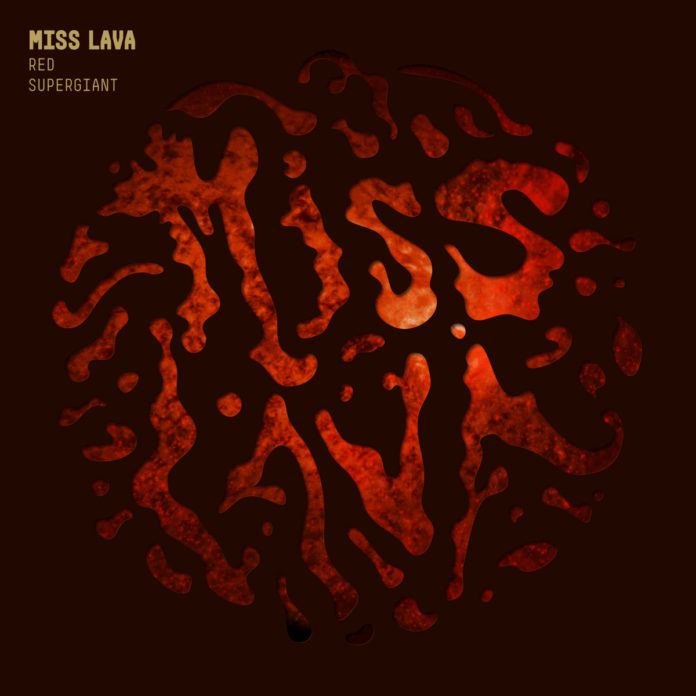 Stoner metal needs good riffs to survive, moreso than any other genre of metal. This is equally true if it’s either the dank and sludgy psychedelic funeral march of YOB and Electric Wizard, or the sun-baked biker anthems of Fu Manchu and Acid King. The riffs don’t have to be entirely devoted to the pentatonic blues scale, but they definitely need to be catchy and memorable. Portuguese stoner caravaneers Miss Lava, on their debut LP Red Supergiant, demonstrate that they understand the bluesy foundation very well. In terms of catchiness and memorability, however, they still have a long way to go.

I think the best way I can argue this point is to say that I can only clearly remember two tracks from Red Supergiant, even after three separate listens. The rest blur together into a mediocre plateau of half-thought-out riffs with no lasting impression, haphazardly held together with the musical equivalent of duct tape and paper clips. Transitions between riffs are jarring and uncomfortable, and the songs feel like jigsaw puzzles assembled from mismatched pieces, awkwardly jammed together into a big picture that just doesn’t fit together. They’re very much like the high-speed stoned car chases of Kyuss and Orange Goblin, except shamelessly derivative and nowhere near as good. As for those two tracks I actually have a clear memory of, “Hole to China” distinguishes itself with a bluesy shuffle instead of a fast rock beat, but is otherwise completely unremarkable. And the closing title track actually does a pretty good job of building up atmosphere before it ends incredibly prematurely, giving the album one of the weakest finales it could possibly have.

I’m not complaining because all the songs sound the same – hell, Motorhead and AC/DC have made their careers on making the same song over and over again. But in their case, they can make the song catchy and memorable, no matter how many times you hear it. This is not so with Miss Lava. Even though there’s only eleven tracks on the album with an average song length of around three to four minutes, it’s still a chore to push through. Listening to Red Supergiant feels like you’re five hours into your high-speed Harley ride across the open desert, and what was once fun and exhilarating is now tedious and frustrating as sand keeps getting in your eyes, your leather pants are starting to chafe, and your bladder could explode at any minute. I think it’s only natural to pray for a rest stop in a situation like that.

For all the flak I’ve given Miss Lava, they at least know how to produce an album and how to play their own instruments. The singer has a serviceable Ozzy whine to front the tunes as well. But you can’t carry an album based on those characteristics alone, that’s pretty much the bare minimum. If Miss Lava wants to take us on the interstellar road trip they’re trying to soundtrack on Red Supergiant, they’ll have to do a lot better than this. On the bright side, though, there’s probably nowhere for them to go but up. That’s what I’m hoping, at least.