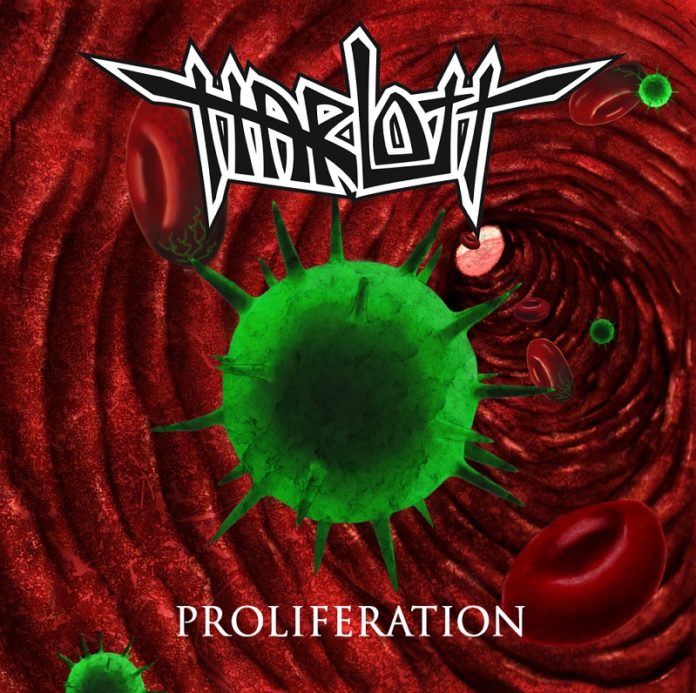 Wearing their respect for ’80s thrash and its descendants on their cover art and band photos, Harlott spice up the nuclear madness of that era with some casual tech-ing of the style, adding a squeeze of modern death to the band’s palette. Finding time to smash about with experiments and playful moments (like the vibrating drum-roll of “Systematic Reduction” or the innumerable guitar squiggles between main runs), they also keep their vocals clear enough to draw listeners in, so that the side-bits serve as embellishment instead of distraction.

At the same time, they might have been better served by holding listeners away for a few more songs before going in for the tight grab. Because of this, if you’re not in the mood for their high-octane thrash when you first put play the album, it won’t have much else to get your ears hooked. There are breaks of noodling and a few slow bridges, but all of their bets are on the deathly thrash being strong enough to do the job; admittedly, if you are in the mood for that, it works fairly well. Personally, I thought they could have done with a little less leaning on the steady-triggered drum-rolls, which show up so regularly as to lose any sense of special emphasis, while also distracting from the quality of the more organic drum-work, but the blasting carries on without too much trouble.

It does Harlott credit that they maintain their chosen style with few lapses across the album, and while there’s some musical recycling going on over the 45 minutes of its duration, things are usually moving fast enough to brush that under the rug. Not spectacular, but decent enough for the band to earn some more fans with this release.

IN A NUTSHELL
Concentrated techy thrash
POSITIVES
Well-played, steady energy
NEGATIVES
Not much variety beyond rhythm and tempo
4