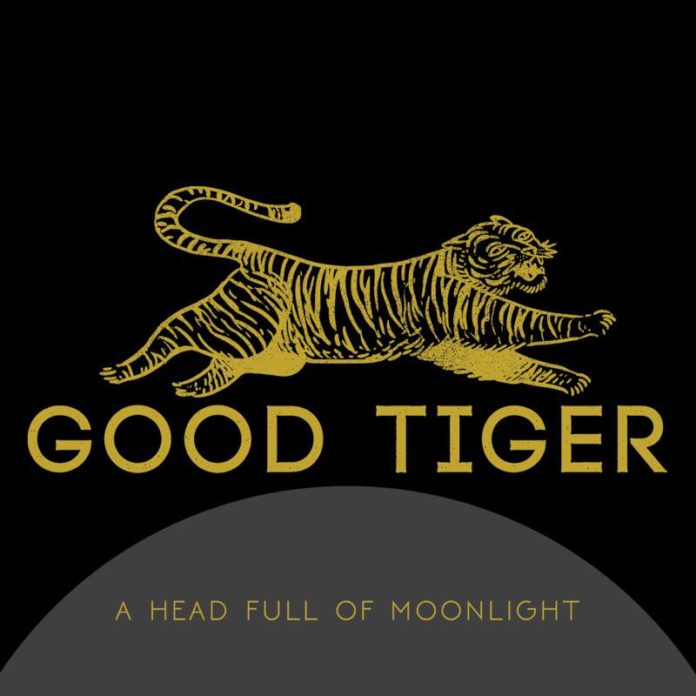 What we have here is a truly unique entity. Good Tiger, somehow, manages to combine indie rock conventions with metalcore à la Bullet for My Valentine, and do it in a way that doesn’t sound like a complete mess. The end result sounds equal parts whimsical and aggressive, clean vocals accented by harsh screaming, dream-like melodic guitar passages put up against buzz-saw riffing. Despite the disparate styles, it ebbs, flows, melds, and separates like the best contemporary rock does.

This is made all the more impressive by the fact that some of the band’s key players come from musical backgrounds that you wouldn’t expect to allow for this kind of free-flowing musical experimentation, at least not in such an accessible, melodic context. Vocalist Elliot Coleman is of course ex-Tesseract, and drummer Alex Rüdinger is formerly of The Faceless. While those acts were definitely of a high caliber with regard to musicianship, and even had share share of melodic underpinnings, I find it impressive that guys from acts the brutally heavy and uncompromisingly technical could make elaborate heavy rock with this much light and shade.

Far and away the heaviest track on here is the closer, “’67 Pontiac Firebird”. It’s also most definitely a track on which the groups’ prior musical experiences shine through the most. It’s progressive and complex without becoming mired in its own weight. This is something that, if it weren’t for the harsh vocal passages, might get played on modern rock radio. It’s that melodically accessible, but also unyielding and uncompromising. Conversely, the softest track is undoubtedly “Latchkey Kids”, a song propelled forward by the rhythm section while the subtle, soft guitars of Derya Nagle and Joaquin Ardiles (both formerly of The Safety Fire) and Coleman‘s incredible, clean vocal delivery fill the spaces and create a dreamy, starry night atmosphere. It’s heady stuff and definitely the kind of music that fills a room, both relaxing and exciting the listener.

While none of the bands that Good Tiger‘s members have previously been involved in were particularly my bag, I find myself awestruck with what they have created here. This is the most unique and interesting musical statement I have been exposed to so far in 2016 and recalls the long-ago innovations of At the Drive-in. Instead of roots in punk, however, Good Tiger‘s references are clearly and squarely metallic. If you’re a dyed in the wool metal fan looking for the heavy music equivalent of “chill music”, then this is exactly the record you’re looking for.

IN A NUTSHELL
A unique, interesting document. Definitely worth your time if you're after something more melodically inclined.
POSITIVES
Truly unique, especially within Metal Blade's roster
Doesn't fall apart against its own complexit
Great chill music in a metal context.
NEGATIVES
The vocals could stand to be mixed just a bit higher during the more aggressive passages.
4.5