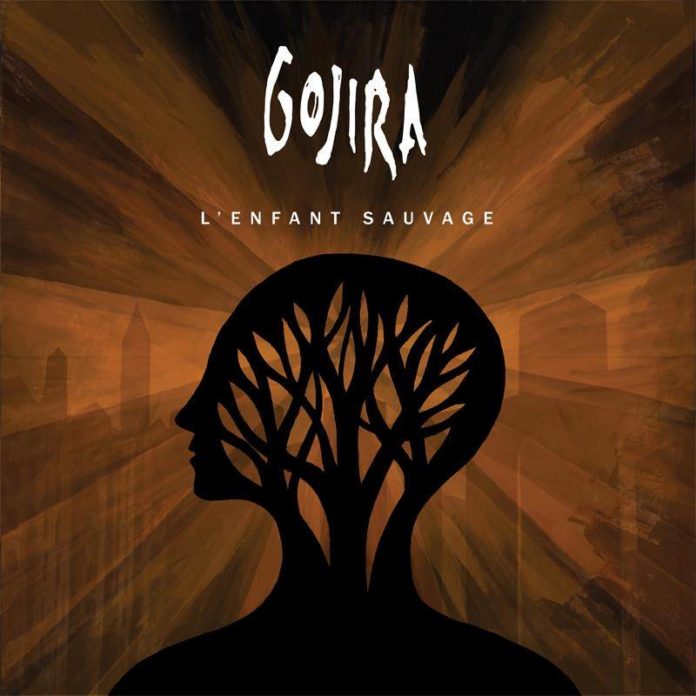 Let’s get straight to the point here: L’Enfant Sauvage is by far one of the most anticipated and biggest metal releases of 2012. Gojira has a lot to live up to – afterall, the did make From Mars To Sirius and The Way Of All Flesh. They’re finally back after four long agonizing years (in which the band actually recorded an EP and lost it in a hard drive crash); can Gojira keep their streak of spectacular albums alive?

The answer to this question for the most part is yes, they can. L’Enfant Sauvage is a remarkably tight, cohesive album. The signature Gojira sound is thankfully left intact; one metal website likened it to “marching elephant riffs” and when you think about it…it actually kind of makes sense. Gojira absolutely thrives on the larger-than-life sounds of it’s production and music, and that’s exactly what you’ll get on L’Enfant Sauvage. Longtime fans will feel an instant connection and appreciation for the music; almost like having a conversation with a life-long friend. Songs like “Liquid Fire” and “L’Enfant Sauvage” sound so epic and ominous that they’ll send chills down you’re spine the first time you hear them. Joe Duplantier’s vocals sound absolutely great on L’Enfant Sauvage, complementing the instrumental side of the music without overpowering them. The signature Gojira guitar tone is alive and kickin’, while Mario Duplantier overall does a very good job on drums; they’re for the most part always interesting to listen too which isn’t the easiest thing to do in this kind of music.

This all sounds good so far right? If you’ve got this far into the review you could probably tell I’m a pretty big Gojira fan, and while I love what they did on this album I can’t help but feel like it’s all starting to sound a bit too samey. This is the first album from the band that I can recall actually dragging a bit towards the end. Songs like “The Gift Of Guilt” and “Born In Winter” don’t impart nearly the same effect that songs earlier in then album did; by the time you get that far into the album you’ll honestly probably be feeling a little fatigued. In reality there really isn’t much difference between the previous two albums and L’Enfant Sauvage, and while that isn’t necessarily a bad thing all the time, it does get a little grating after awhile. In essence, Gojira‘s sound hasn’t changed in 6 or 7 years; and while the hardcore fans certainly won’t have a problem with that, L’Enfant Sauvage probably won’t win over people who were on the fence after hearing From Mars To Sirius or The Way Of All Flesh.

Shifting the tempo a bit; the production on this album is pretty damn good. It’s sufficiently loud without hitting that dreaded glass ceiling of clipping, and you can really separate the individual instruments from each other even when lot’s of things are going on. The guitars, for example, never drown out the cymbals. The kick pedal has a nice meaty thump on it; it’s basically a very pleasing album to listen too. My only complaint on the production would be that things tend to get a little harsh at times; for example when the vocals kick in on “Liquid Fire” it can be at times difficult to distinguish just what the guitars are doing beneath the main riffs. It comes and goes throughout the album however (it never really sticks around for that long) and it’s certainly not a big enough problem to stop anyone from enjoying the music itself.

That’s it, really. L’Enfant Sauvage is “vintage” (if you want to start using that word) Gojira . This album could easily be mixed in with the two previously mentioned albums simply because they all sound so similar too each other. I personally have no problem with this; Gojira has truly gotten this type of music down to a science and executed it nearly perfect. Just don’t expect hordes of new fans to be jumping on the Gojira bandwagon (and truthfully we don’t really need anymore anyways; it’s already pretty full).