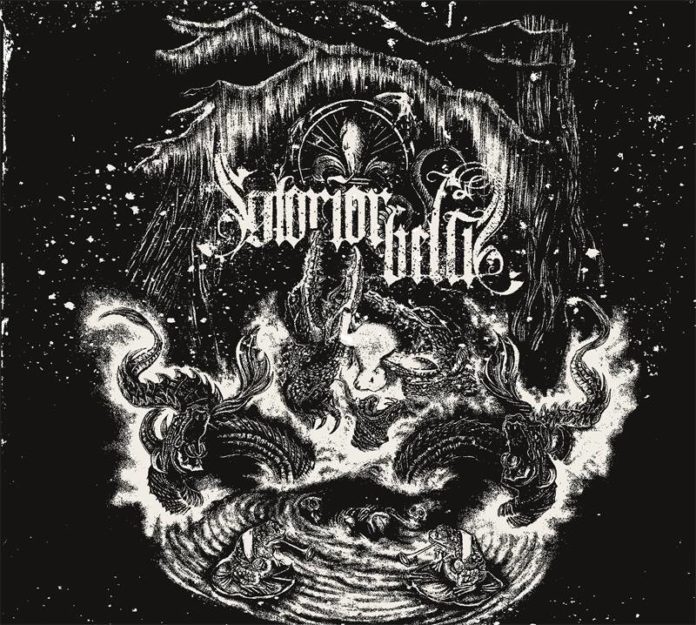 I must admit, I’m far from TRVE KVLT. I’ve said this plenty of times before, but I think that it’s a worthy disclaimer when it comes to black metal reviews. TRVE KVLT fans are insufferable and, if our Youtube comments are any indication, someone is bound to say I don’t know shit about Satan.

My approach to Glorior Belli’s newest (and fifth full length) album was like a walk into a darkened room (or temple, if you want to be kvlt). Not being particularly familiar with the band’s discography, I was curious as to what this French ensemble was offering and whether it would be noteworthy or just another dime-a-dozen release. I can confirm that this new opus, Gators Rumble, Chaos Unfurls, is so much more.

Although traditionally labeled as black metal (perhaps as a consequence of the corpse paint that they sported in their early days) the fact is that from an exclusively musical point of view, Glorior Belli has departed from the type of sounds and techniques that we associate with the genre (and which they did display in the past). Gators Rumble, Chaos Unfurls sets itself apart from old and current trends of black metal, be it from its early days with Immortal and Burzum, or the current Dissection-influenced sound of Watain. The band has actually opted for a rather bluesy sound, clearly much more rock-oriented than what we would expect from the same genre that brought us Mayhem. This is no coincidence, as the band themselves credit Howlin’ Wolf, Robert Johnson, John Lee Hooker and Stevie Ray Vaughan as direct influences.

From a lyrical point of view, separated from the mere sound aspect of Gators Rumble, Chaos Unfurls, Glorior Belli continue to use their music as a channel for the philosophy of the left hand path, even if at first glance you wouldn’t guess it. Here Glorior Belli continue the work done by bands like Therion, The Devil’s Blood or, if we are to go to the proto-black metal scene, Coven, presenting their “satanic” (for lack of a better word) message in a more “accessible” way. Some, like Morgan Steinmeyer from Marduk, would say that this is what makes a band like Glorior Belli black metal, even if the sound is not what you would have expected.

Although the album is, indeed, interesting, pleasant and has a big replay value, it does seem a bit repetitive. While you will enjoy the album as a whole, you will sometimes find yourself unable to tell whether you are in a different song or not. While this is not exactly a deal breaker (after all, it works) I would have enjoyed more diversity in this release.

At the end of the day, and despite the bluesy-influences, you should know that this is not Gorgoroth meets Deliverance. You won’t see anyone using this music to throw a hoe-down (or to use as a soundtrack to fuck his cousin after fixing his truck). While black metal purists (remember how I called them insufferable?) might resent the more accessible (and wonderfully produced) sound, the album is clearly metal, even if a genre definition is hard to come by.  Personally, it makes no difference to me, as I care very little about what others call the music I listen to. As a metal fan you grow up hearing people call your music “shit” so, if anything, having someone question whether it’s “true” black metal or not might be a step up.

This was a very good review. I’m definitely going to check Glorior Belli out.