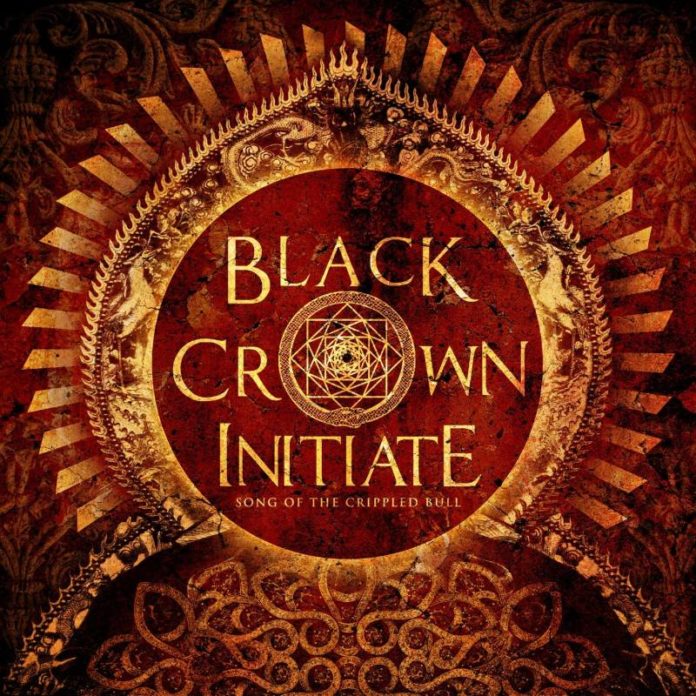 As a music fan, you occasionally come across new material that is so good that you feel compelled tell the world to sit up, listen and take notice. Black Crown Initiate are like that, a new group so exciting and with so much potential that they deserve to be widely heard. Fortunately, their debut EP, Song of the Crippled Bull, has not gone unnoticed, and there is a great chance that they could hit it big. And for your sakes, I hope they do.

As a rule, the aim of a debut EP is at least partly promotional;  a chance for the band to showcase their musical tricks and pull out all the stops. And, well, if there’s one thing you can say about Song of the Crippled Bull it’s that there’s no holding back. Don’t be fooled by the short duration of this release, despite only clocking 20 minutes this EP packs enough quality to fill a full album.

While Black Crown Initiate are a band who fit best under the catch-all ‘prog-death’ label, such a non-specific tag doesn’t really do them justice. In this way, Song of the Crippled Bull, despite being unique, reminds me strongly of Between the Buried and Me, which is another band whose music is so special that you can only really describe it as the band’s own.

Although four tracks long, Song of the Crippled Bull is really one four-part suite, one single contained movement. As a result, the only way to listen to this EP is as a whole, paying close attention to the musical themes running throughout the entire 20 minutes. With other bands this may be a a chore, but with Black Crown Initiate it is a pleasure.

One of the most impressive aspects of this EP is how the band managed to maintain cohesiveness in the face of so many disparate influences and moods. This was partly done through their mastery of pacing and structure, most notably in the psychedelic noodlings of ‘Ghost She Sends’, and the returning theme of the opener ‘Stench of the Iron Age’ in the closing, eponymous track.

This is an album for which no words can really do justice. I’ll leave it up to you to agree with me, so go grab a copy and spread the word. These guys deserve the attention