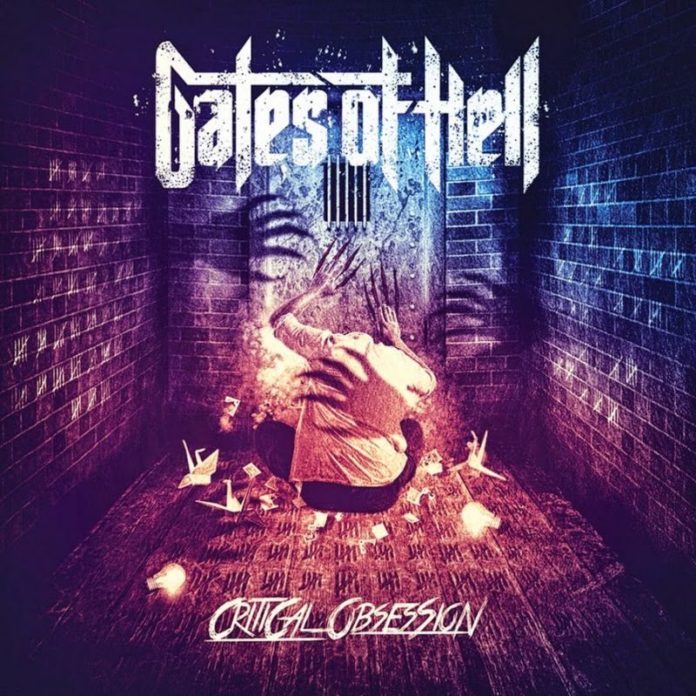 It’s surprising to me that a blend like this hasn’t been attempted more often. Melodic death metal and thrash seems like such an easy mix, but it doesn’t happen as often as you would think. Gates of Hell is, in fact, something of an oddity.

Do you like Soilwork? How about Sepultura’s Beneath the Remains and Arise albums? If you answered yes to both of those then let me tell you: This is your bag. This is, without a doubt, a punishing, no holds barred metal album. Vocalist Rui Alves sounds like the love-child of Björn “Speed” Strid and Max Cavalera, and the lead work uses the same sorts of textures that have been a part of the Soilwork’s sound four many years. Meanwhile, the rhythm work, including the rhythm guitar work, makes each song sound like Soilwork covers of “Mass Hypnosis” or “Desperate Cry”. The whole album is like that.

And it’s a blast! The production is searing, white-hot, exactly like an album of this nature should sound. It’s basic, for sure. You won’t find any studio tricks at work here, and the album is better for it, as it allows the band’s conviction and purity of intent to shine through.

Every song is wicked blast of metal mayhem. Sadly, that’s also why the album falls apart. Amongst all the worship for the band’s obvious influences, there’s nothing here that can set them, or their album, apart. I had so much damn fun with this album, headbanging and air-guitaring around my apartment. But if you had asked me an hour later to give you a riff or a song, there’s no way I could have done it. This is the best melo-death album that you won’t remember by the end of the year. An oddity without an identity.

But don’t take that as the gospel. It’s very clear the Gates of Hell worked very hard putting this together and I hope that it takes them to greater heights. I loved the album while it was playing, and have even played it a few more times since. But the only thing that brought me back was the knowledge of how fun it was. Like a cheap musical fling, there was no connection beyond the act itself. For the band’s sake, I really hope I’m just that one weirdo who didn’t fully “get it”, because they clearly deserve so much more.