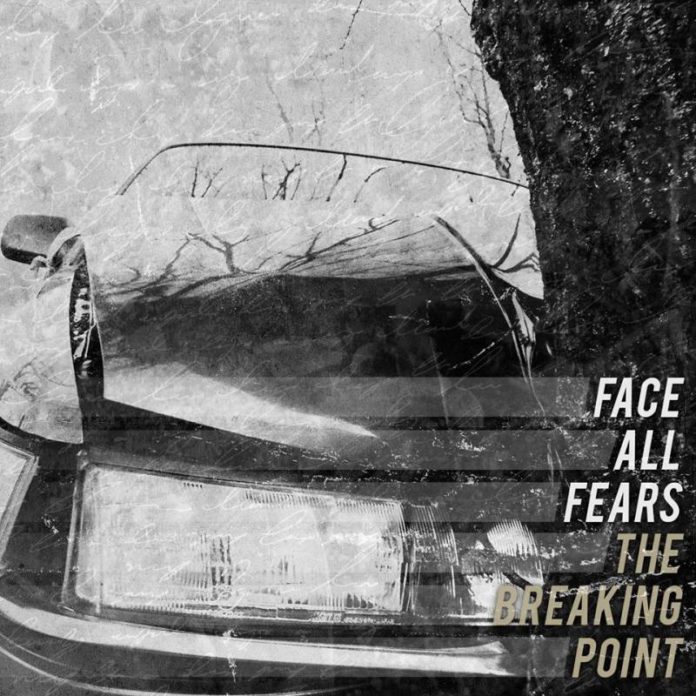 As I’ve said plenty of times before, any form of heavy loud music, be it grindcore, death metal, hardcore or anything in between, treads a fine line between aggression and boredom. Music which is constantly aggressive is self-defeating, becoming a wall of sound which the ear refuses to negotiate with. Instead, anger is much more effective and powerfully relayed through peaks and moments of climax and repose.

This is a lesson Face All Fears would do well to learn – judging by the examples of the final three tracks of The Breaking Point, one which the band are not too far from mastering. It must be said that the album closes magnificently, with the exhilarating and anthemic ‘Believers’. This is a track which, compared to much of the rest of the record, has it all, from downbeat refrain to climactic guitar solo. Key is the balance; the one moment leading to the other.

Viewed through the lens of ‘Believers’ and the accompanying ‘The Breaking Point’ and ‘Lessons’, the rest of the album appears as a massive disappointment. Tracks fly by without really grabbing the ear, a blur of all-too-similar riffs and monotonous breakdowns. It is telling that the final track is so notable. because of the change in texture and subsequent guitar solo, the only significant occurrence throughout the whole record.

When they arrive, those little moments of variety are to be treasured – that snatch of vocal melody in ‘Exposure’, or the bass solo opening in ‘The Fault Line’. Ultimately, however, these moments are all too fleeting, and it is only with the slower, doomier eponymous track that the band approaches something close to redemption.

Particularly at fault are the lyrics and vocals, both of which are uninspired. The Breaking Point is not an album which has any pretensions about being subtle or ‘progressive’, yet the constant hardcore shout is more than a little grating, especially when accompanied by clichéd lyrics of ‘woe is me’ self-loathing.

All of the above notwithstanding, this is not a bad album – not once was I compelled to actually stop listening. If anything, the last three tracks make the experience frustrating, as you catch a fleeting glimpse of what they coul have been.

If hardcore is your thing then yes, you could do worse than listening to this album. If it isn’t, this is hardly the album to get you into the genre.