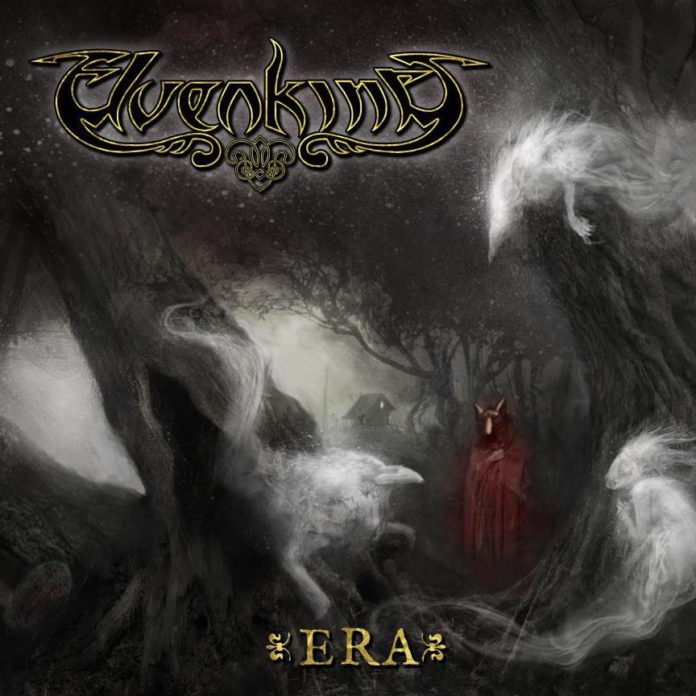 Since their first studio release in 2001, Elvenking has become a force to reckon with in the metal world. “Heathenreel” was a critically acclaimed album, with both the fans and the critics loving the mixture of Skyclad’s folk sensibility and the sheer power of classic Helloween. However, soon after Wyrd came out the fans began to divide: some dismissing the band as a one-album wonder, and other praising the new record regardless of the absence of the original singer, Damnagoras (who later reunited with the band for their 2006 release, The Winter Wake). Since then, Elvenking’s sound has taken a major turn: they traded their traditional power roots for a darker, more modern/melodic sound and since the release of The Schyte they have been balancing on the edge of traditional and modern, which made many of the remaining fans very angry, renouncing the band for good.

The first few notes of the opening track, “The Loser,” might discourage the old-school fans, as it is an archetypal Children of Bodom balls-out metal. However, later on they would find themselves in awe when they hear the classic Elvenking in “Midnight Skies, Winter Sighs,”or “Through Wolf’s Eyes.” This album represents the perfect balance between what Elvenking was and is today. There is plenty of modern, Bullet for my Valentine-like melodic thrashy tracks, like “Walking Dead;” but also some that would have stood out in their debut album, like “Chronicle of a Frozen Era”. The weakest part of the album is its single, “Poor Little Baroness,” which sounds like a B-side off of “Red Silent Tides”, and doesn’t seem to have been the best choice to represent the album to wider audiences.

For the recording of “Era” the band enlisted Maurizio Cardull (Folkstone), who plays pipes, flutes and other typical folk instruments as a session member. The addition of these elements to the sound brings the band’s folk roots back into focus, making it one of the band’s most folk-oriented efforts alongside the acoustic Two Tragedy Poets (…and a Caravan of Weird Figures). While this feeling is present throughout the album, it is mostly noticeable in the small piece “A Song for the People” and the acoustic “Time of Your Life.”

Speaking of special guests, one can’t miss the unique and eerie voice of Jon Oliva, who sings on two tracks – “I am the Monster” and “Forget-Me-Not.” Mr. Oliva’s contribution to the songs is enormous, and his voice fits well into the whole folk blend. The list does not end here, as Teemu Mantysaari of Wintersun fame also appears, contributing a guitar solo. The album was recorded in Helsinki’s “Sonic Pump” studios with famous producer Nino Laurene (Amorphis, Lordi). The production is amazing and crystal-clear – you can hear each and every instrument interwoven in the composition. The album also showcases the two new additions to Elvenking in the rhythm section, Jakob in bass and Symohn in drums, both of whom seem to have been perfect picks (especially Symohn, whose drumming is truly superb).

Elvenking has finally discovered the sound they have been searching for during the last couple of years. From modern to power, from folk to thrash everything is here and fits like the pieces of a jigsaw puzzle. It is worth every minute you spend listening to it and, in the long run, I am sure that it will represent a milestone in Elvenking’s career.

[…] tunes. While they’ve had their fair share of experimenting with various styles, 2012’s Era saw the band take a step back towards the sound that made them famous in the first place; this is a […]

Back to Pagan Roots – An Interview with Elvenking | Metal Blast!

[…] Manifesto is out via AFM records. It marks a shift towards the style of Heathenreel, more so than Era which hinted this turn towards your folk metal roots. What inspired you to take this step? Damna: […]

Drudkh – Eternal Turn of the Wheel