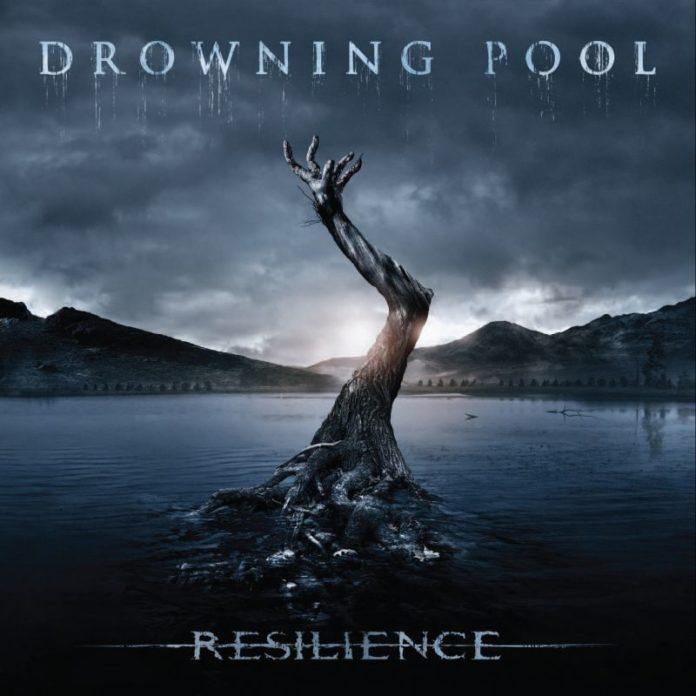 That opener. Holy hell. “Anytime Anyplace” is among the most bruising, testosterone pumping opening salvos of any American album this side of Pantera’s The Great Southern Trendkill: An adrenaline fueled-fist fight of the highest order.

Now that that’s out of the way, I can talk to you about the actual album. Resilience is the first release to feature new singer Jasen Moreno and let me tell you, the kid has pipes.

When it comes to the music, Resilience is an excellent piece of Hard Rock-infused Alternative Metal; a textbook on how to actually construct good songs within that generally tired subgenre. There’s only a handful of songs on the album (and it’s a long one at 13 track, plus two bonus tunes) that leave the listener unsatisfied. When the band is ‘On’, the tuning, the production, everything is perfectly set to carry them through and provide the listener with a hearty headbang and air guitar seminar. It’s a very rhythmic album with a drunken maniac howling overtop, Moreno channeling a very young, very pissed off James Hetfield without sounding like a hollow imitation of that legend. The instrumentalists and remaining original members C.J. Pierce (Guitar), Steve Benton (Bass guitar) and Mike Luce (Drums and Percussion) craft an uncomplicated, uncompromising and punishing 21st Century Metal: songs that are rooted in the 90s, but are doubtlessly products of the present.

The only real problem with the album (outside of a handful of filler tracks) is the lyrics. The band is in that very North American Hard Rock rut of singing about approximately three things: ‘People are lying scum’, ‘we’re really tough dudes’, and ‘partying’. This is a real shame, as some variation would have given some purpose and meaning to Jasen’s excellent vocals. The toughness factor makes for one hell of an opening set ((I keep going on about that song, I know.)), but going on about the same general topics for an entire album is a little grating. Hopefully the new guy is able to stick around for another record or two and get some more lyrical ideas working.

I came into this album thinking it would be cringe-worthy. Drowning Pool has never really been my cup of tea, and I didn’t anticipate Resilience, their fifth album and the first with their fourth (!) vocalist, to change my mind. I’m very happy to have been proven wrong. If you’re a fan of the band’s music, you may find this to be their magnum opus. If you’re not, take a listen: If you can ignore the lyrics, you may be won over like I was.

I fucking loved it!!!