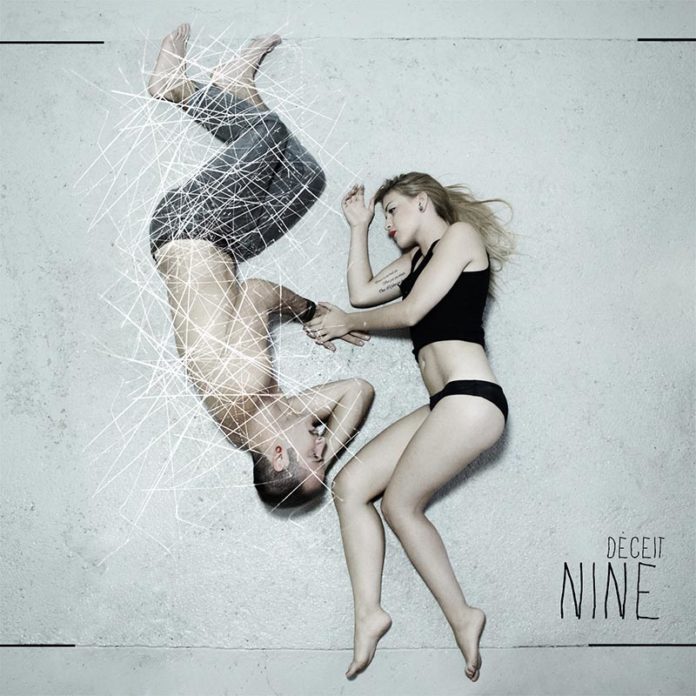 Although you might expect to hear symphonic power of female-fronted gothic metal when you first think of Italy in the context of metal, this time we have something completely different in store. When I first received the album I was pleasantly surprised to hear of an Italian band which plays modern metal/rock, and cites influences such as Foo Fighters or Queens of the Stone Age. Nine is the debut album by Deceit, a band whose energy and song-writing skills will surely surprise many fans of this movement.

In a nutshell, Deceit is a 90’s revival band, focusing their music around grunge with a pinch of modern metal vibe. Add a bit of 70’s garage rock here and there you get the perfect idea how these guys sound. Before the début the band released an EP in 2010, and recorded a cover version of Massive Attack‘s “Teardrop,” which gave them many hits on Youtube and made a huge following on the internet.

The debut record is teeming with raw, adolescent energy that grunge once represented. The album has its ups and downs when it comes to the tempo: from the upbeat “Out Of Project” or “The Fall” to the slower, semi-ballads such as “First Fall,” or the outstanding “Around the World.” The band pays respect Foo Fighters, they often cite as their role-models, in a proud rip-off, “Too Fighters.” You can also hear a lot of Queens of the Stone Age, especially in the “Last Song” or “Bietto,” and a little bit of Tool on “My Stupid Revenge.”

Although the album is a mixture of R’n’R, grunge and alternative it can still be classified as metal, but barely borderline. Heavy riffs and short but efficient growls here and there are really a plus that no one in this genre seems to have utilized nearly enough. However after a while you might get the feeling that a number of tracks are here as fillers. Furthermore, the songs get a bit inconsistent as a whole, in that they tend to sound like this band or the other instead of just sounding like Deceit. This is probably due to the fact that they started out as a tribute band, which is clearly influencing their performance and song-writing, maybe a bit too much. The album also lacks that one thing that makes modern rock popular among the “youngsters,” and that’s a hit song. A good, catchy and radio friendly hit that people will sing along to in the bus or at the office. There are really amazing tracks on this album, but none of them possess this particular kind of quality.

Apart from that this Nine is a great representative of this genre: an outstanding production, great musical skills and awesome song-writing are sure to leave a good word for Deceit, among the critics and listeners alike. However if you are not a fan of this type of music you can move right along. The album offers no particular quality to change the mind of anybody who never was sympathetic for this breed of 90’s MTV influenced metal/rock sound.