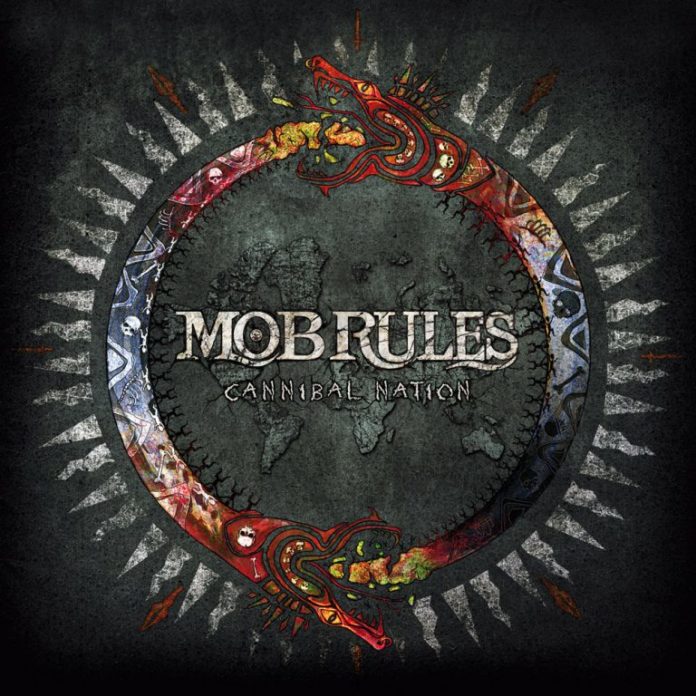 I remember the days when power metal was immensely popular, and bands like Stratovarius and Rhapsody (of Fire) filled the venues, charts and TV stations everywhere. Suddenly, when the public seemed to have lost their interest for high-pitched vocals, galloping drumming, magic swords and mighty dragons, many bands started infusing their power metal formula with various hard rock or progressive metal influences, making an entirely new genre out of the sinking ship.

Many great bands emerged during the final glory days of power metal. Edguy, Thunderstone or Brainstorm, just to name a few, quickly achieved popularity both with power metal fans, but also with others not so interested in the aforementioned genre. Mob Rules, a representative of this sub-genre hailing from Germany, were founded in 1994 and already has a strong following. With six albums already in their discography, this band has developed their own version of this style, mixing mostly hard rock, but also progressive, classic power and heavy metal influences. Their seventh opus, Cannibal Nation, will not disappoint the fans of this band, for it once again delivers all the elements that they are best known for.

The strongest card in these guys’ deck is definitely the melody. The hard rock oriented guitars, coupled with a clean production give the impression that these guys have been around for much longer. The album is varied, and features prog-metal oriented tracks such as “Close my Eyes” and “The Sirens” but also heavy, mid-tempo hooks such as “Soldiers of Fortune” and “Scream for the Sun.” The keyboards on the album are also one of the strongest links, the Hammond organ, reminiscent of classic Rainbow, dominates during “Lost” and the title track. “Tele Box Fools” picks up the pace, and this track in particular reminds me of Nocturnal Rites in their prime. Most notable are the maestral keyboard arrangements on the first single, “Ice and Fire,” orchestrated by the legendary Michael ´Miro` Rodenberg (Avantasia). The album also features a mandatory power-ballad, “Sunrise,” and a perfect song to close the album.

The production of Cannibal Nation is a fitting one for this type of music. Clean, not immensely loud guitars, and accented keyboards are well knitted into the final mix. The only problem with this album is the fact that there is nothing that would make Mob Rules stand out from similar bands, like the above-mentioned Nocturnal Rites, Thunderstone or Brainstorm. The album brings nothing drastically new, but rather seems to be caught in the endless loop of predictable arrangements and somewhat cheesy choruses. Some might consider this a good thing while others may not, but the fact is that there is nothing there that would captivate new audience, or make those who dislike this type of music have a change of heart. The tempo is basically consistent throughout the record, and although “Tele Box Fools” and “Cannibal Nation” are somewhat more dynamic, for the entire duration I was expecting a slightly faster track that would pump the adrenaline up.

The main problem, not of this album but mainly of this genre, is that all the bands remind too much of each other. However if you are willing to neglect this, you are absolutely in for a treat. Melodic heavy metal fans will surely enjoy the 50 minutes of pure and emotional music, coupled with great production and outstanding vocal performance by Klaus Dirks. Others, not yet familiar with this genre, might find Cannibal Nation to be their first step into the genre that has stood through thick and thin.