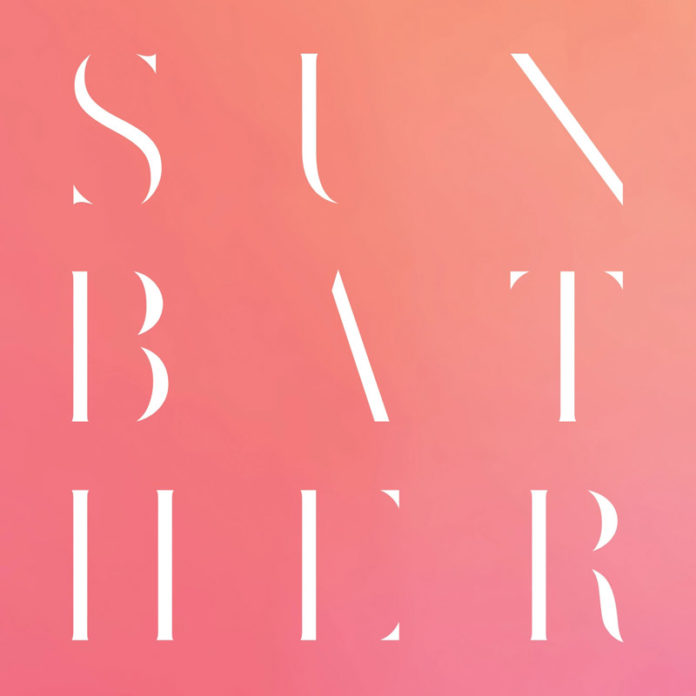 Deafheaven doesn’t really play black metal, and they’d be the first to tell you that. Black metal’s influence on the music they play can’t be overstated, but their 2011 debut Roads to Judah cribbed even more influence from post-rock, shoegaze, and screamo that doesn’t suck (It exists!). The result was a transformative work of raw emotional power, flush with plenty of memorable invisible-grapefruit moments that’d still give you chills on repeated listens. The merger of all their disparate musical influences seemed to be a logical and natural progression, and each one worked flawlessly together in total coherence. Roads to Judah proved itself to be an instant classic in extreme music, but any follow-up would surely pale in comparison. Wouldn’t it? Well, not so much. On Sunbather, Deafheaven’s shown us that lightning can sometimes strike twice.

Their characteristic musical melange is back, and it sounds better than ever. As was the case with Roads to Judah, if you take your black metal too seriously, you probably won’t like this album at all. The completely vnkvlt album title and flamingo-pink cover have probably turned you off of it already, and even if you decide to give it a chance, the stirring and triumphant major-key opener “Dream House” is sure to give you second thoughts about continuing your journey. And if you make it as far as the interlude “Irresistible,” dominated by looping guitar and piano figures reminiscent of the best of Explosions in the Sky, you’ll realize that Deafheaven’s music is different from most of the stuff that takes influence from black metal. They don’t so much bring you down like the best of Burzum does; rather, they lift you up.

Kerry McCoy’s guitar lines are still as expertly crafted as ever, with stirring chords and interlocking melodic figures abound, and screamer George Clarke can still howl with the best of them while penning lyrics that are just vague enough to be obscure, but just evocative enough to stir something deep within the listener. (cf. “Dream House” – “I’m dying. / Is it beautiful? / It’s like a dream. / I want to dream.”) And Daniel Tracy, the drummer and newest official member, maintains a breakneck pace on the more furious sections while giving himself plenty of room to throw in a few killer fills on the more open parts. I hope his position is a permanent one, because his presence is more than welcome. From a compositional standpoint, Deafheaven have broadened their scope on Sunbather – whereas every song on Roads possessed perfect pacing, the entirety of Sunbather feels like a singular, cohesive statement from start to finish. These aren’t just great songs; it’s a great fucking album.

While much of the album is still dominated by the high-speed blastbeats that defined Roads to Judah, sometimes broken up by stretches of shoegaze (“Dream House;” the MBV-esque pitch-shifted distortion at the head of “Vertigo”), the longer tracks on Sunbather are broken up by short interludes like “Irresistible,” where the band gives the listener a chance to breathe before launching into the next proper opus. For the most part they work well, like how “Please Remember”‘s post-title track drone dissolves into a lighter clean passage, but “Windows,” placed between the ferocious pedal-tastic “Vertigo” and aching closer “The Pecan Tree,” seems just a bit too familiar for fans of post-rock. Although Deafheaven’s influences should be clear to anyone listening to their music for any long period of time, “Windows” is channeling Godspeed You! Black Emperor way too hard. There’s even a field recording of a crazy street preacher, although overlapping it with a recording of a drug deal says quite a lot about the human condition. It’s a pretty arresting musical experiment, even though it’ll give most post-rockers an acute sense of deja vu.

My largest complaint with the album, however, is that the end of “The Pecan Tree” is completely anticlimactic. There’s a characteristic breakdown into a quieter passage halfway through the song, then a cathartic return to majestic loudness worthy of lifting one’s skinny fists like antennas to heaven. And after that, it just kind of…fades out. And that’s the end of the album. It’s certainly better that the band leaves you wanting more rather than wanting less, but Sunbather’s far too good of a record to end on such a limp note. But aside from a last few handful of seconds that feel disquietingly unresolved, Sunbather is definitely at least as transformative and unique as Roads to Judah was. Maybe even more so. If you don’t give it a chance, you’re definitely doing yourself a disservice.