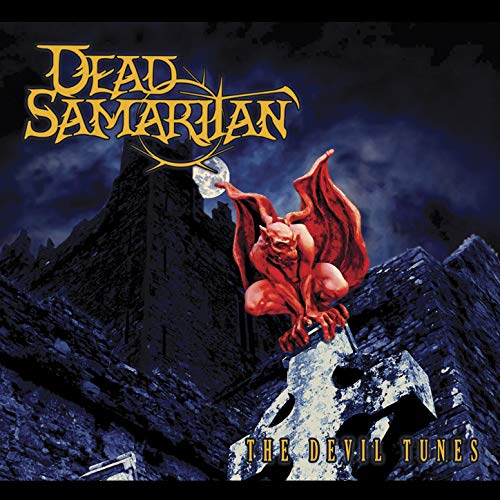 Death ‘n’ roll has been a pretty divisive genre since its very inception, going all the way back to 1993’s Wolverine Blues by Entombed, where the term was popularized by the music press. Fans of traditional death metal saw it as a bit of a gimmick, and many Entombed fans were disenfranchised by the band’s groovier approach to death metal; on the other side of the coin, however, many fans embraced the new sound and saw it as pushing the genre in exciting new directions. In addition to having incorporated a more standard verse-chorus-verse style of song-structuring, there was a huge dose of classic rock mixed in; too heavy to be rock, to rock-oriented to be death metal, death ‘n’ roll seemed to be the only adequate descriptor. The moniker has followed Entombed their entire career, and in their wake, more bands have experimented with similar sounds, such as Gorefest and The Cumshots.

Dead Samaritan are a Finnish death metal band that plays an old-school style of thrashy death metal that also has many elements of death ‘n’ roll, all of which reminds me very much of Entombed. The Devil Tunes is Dead Samaritan’s second full-length effort, and is one heavy, groovy slab of death metal/death ‘n’ roll goodness. The riffs are insanely catchy, and the guitar tone is pretty reminiscent of that old Boss HM-2 pedal so prevalent in the early Swedish death metal scene. While there are plenty of thrash-oriented moments in the album, such as “The Devil’s Tune” and “Shoot ‘Em In The Head,” Dead Samaritan stick mostly to a mid-paced, extremely groovy style, with not one blast-beat to be had on the entire record. Vocalist Valendis Suomalainen has a raspy high-pitched vocal style similar to Angela Gossow, formerly of Arch Enemy, and there are occasionally lower guttural death growls, like those heard mid-way through “Last Man Wears The Crown.”

The production is excellent on The Devil Tunes; plenty of low-end to give the riffs a good punch, the vocals are occasionally layered to great effect, and, thankfully, the guitars don’t get muddied up despite the extremely fuzzy distortion. The song-titles come off as a bit clichéd, with names like “In The Wake Of Burning Churches” and “Darkness Brings The Beast,” but this can be easily forgiven as Dead Samaritan are just so damned fun to listen to. If you like a little groove in your death metal, with a little bit of rock and roll in the vein of Entombed, this is a great record to throw on and bang your head along to.