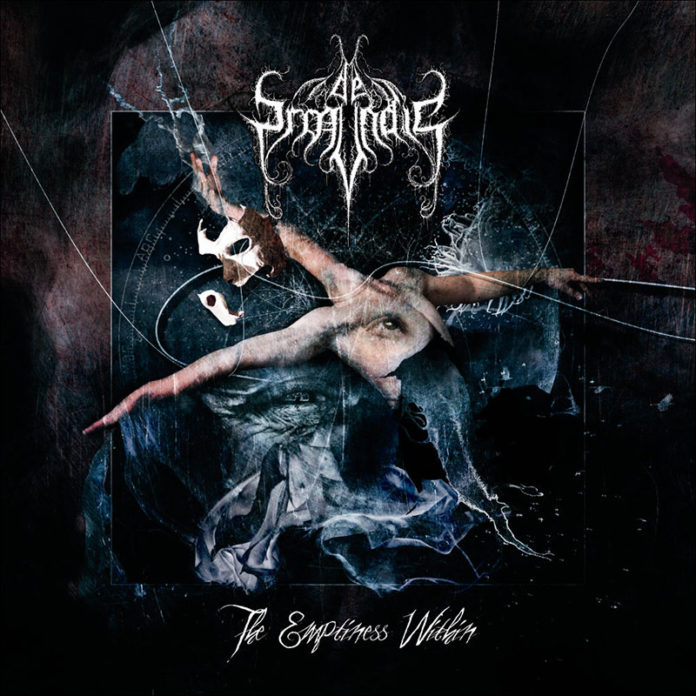 It’s really cool when you find something that doesn’t perfectly fit into the box of any one genre. There are tons of bands out there you can describe as “pretty by-the-book death metal”, or “sound a lot like (insert favorite 80s/90s band here)”, but only a few that effectively combine a variety of influences into their own sound. De Profundis’ new record, The Emptiness Within, manages to accomplish just that-there are flashes of various influences from numerous bands, but never an out-and-out easy definition of their sound. There’s elements of metal old and new, from across a variety of subgenres, but it never feels mashed together-it manages to maintain a cohesive sound, no matter where it’s going.

The first thing I want to say is how impressive the performances are on this record. When you listen to a lot of metal (especially proggier stuff, like me), you become kind of dulled to hearing crazy technicality, but even then the sheer playing ability on this album blew me away. Bassist Arran McSporran’s fretless skills perfectly complement the music surrounding it, and I would think drummer Nick Tingle’s parts were programmed, they’re so spot-on, if they weren’t so consistently creative and catchy. Guitarists Roman Subbotin and Soikot Sengupta can sweep and shred all day, but prefer to play melodic riffs, leads and chords that evoke everyone from Chuck Schuldiner to Glenn Tipton/K.K. Downing. There’s enough raw technical talent here for these guys to be the next Obscura or Necrophagist, but they’re able to exercise enough self-restraint to put songwriting first; they seem aware that that totally ridiculous guitar solo has so much more impact if it doesn’t happen every 30 seconds.

When it comes to the songs themselves, they’re a surprisingly effective mixture of NWOBHM-style riffage and melody and the aggressive, rhythmic style of Florida death metal with some of that aforementioned German tech-death thrown in for good measure. “Delirium” takes you on a musical roller coaster ride across a menagerie of riffs and blasts, but keeps you strapped in at all times with its strong hooks and tight foundation. “Silent Gods” sounds like the band listened to Symphony X, thought it was pussy shit and decided to add guttural growls, rubber band-y bass and a high-speed kick drum. “This Wretched Plague”, together with late-album instrumental “Parallel Existence”, proves De Profundis can tackle soft, melodic passages with just as much aplomb as the brutal passages that follow. Throughout the album, the mix is appropriately clean and even-every instrument receives a top-shelf placement in the mix, leaving no bass lick or tom slam behind. If I have one criticism to make about the album, though, it’s that vocalist Craig Land’s clean vocals leave something to be desired. Though he usually leans on his confident and powerful growl, his singing on songs like “This Wretched Plague” feels weak and out of place. Dude might consider taking some vocal lessons if they plan to continue making it a part of their sound.

Overall, though, The Emptiness Within has a lot to offer fans of progressive metal who aren’t willing to sacrifice aggressiveness at the same time. It’s got dynamism, badass instrumentation and enough variety to keep you interested. In today’s climate of kids shredding on YouTube, it’s a wonder these five dudes from London aren’t bigger.