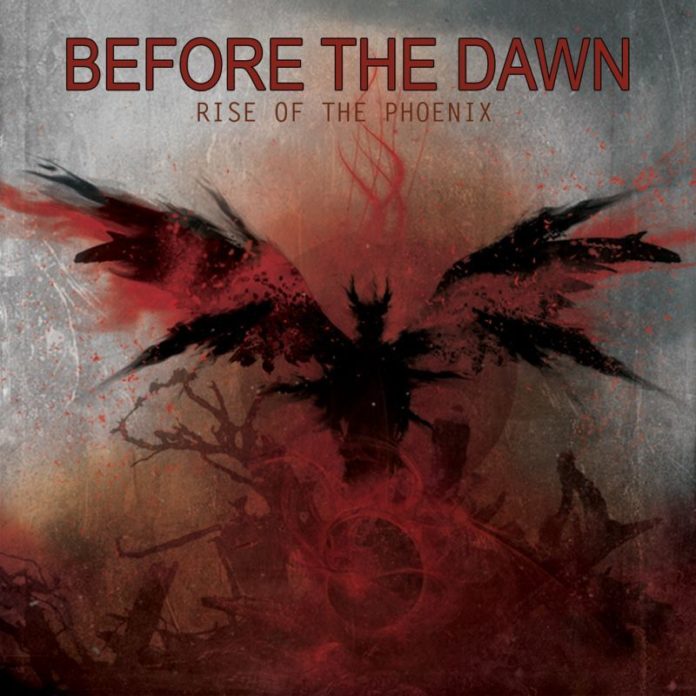 Somewhere in the recent past Gothenburg became the Mecca of metal; if not by location, then at least by sound. The far-reaching influence that would later be called “the Gotheburg sound” or “Melodic Death” by others, went on to influence countless bands worldwide, with especially large influences (whether they admit to it or not) in the metalcore community. Bands like At the Gates, Dark Tranquility and Carcass would lay the groundwork for later groups like Killswitch Engage and Atreyu; setting up everything from style and feel to actual riffs. This far along in the metal time/space continuum most of us are already familiar with the sound, but it’s great to be reminded of just how good Gothenburg death metal can be. And with Rise of the Phoenix, Before the Dawn accomplishes just that.

I love long and slow building intros as much has I love long and slow fading outros.  Not just for their sonic appeal, but also for the very fact that they let the listener know that something very big is brewing; it’s like clouds signaling a coming storm. The long outros drive home the fact that the last song is indeed the last song; in a strange sense it gives a feeling of accomplishment and at the very least provides a final chapter to a long album. Both are used expertly in Rise of the Phoenix and not just at the beginning and the end of the album; they also make use of it in various other parts, almost like stroking their own idea that what they’ve created is something epic. What I can tell you is that Rise of the Phoenix has more than earned its namesake. In its brief 40 minutes it manages to accomplish more than some bands have been able to do in a double pressing.

There are many things in this album one can simply go gaga over: either in the sonic quality or the songwriting itself. For fans of the genre, it feels familiar but not so much so that it feels hokey. It’s a lot like listening to Show No Mercy, it doesn’t sound like anything produced by Metallica but you can easily tell it’s thrash metal. The same rings true with Rise of the Phoenix; it’s a carefully orchestrated work of melodic death metal that works on just about every level. The album, while short is a solid listen and doesn’t feel short by even a minute. The guitars are heavily distorted but still manage to be super clean, the vocals sit comfortably in the mix and the bass is nice and dirty. Tracks like “Closure” and “Throne of Ice” display a mature and developed sound that is nothing short of a masterpiece.

One of the only problems I can find is concerning the drums; my guess is that they wanted to put an epic feel on things and so they put reverb on everything, including the cymbals. While this seems like nothing, it does affect their sound quite a bit and at some points they lack some definition.  Also, while I found it easy to get lost in the musicianship of carefully orchestrated intros, some listeners might find that it simply takes too long to get into the meat of things. This is purely subjective though, and I can see this being either a ‘love it or hate it’ type of thing

And while the departure of both the drummer and the bassist/vocalist, 2011 may have ended in great frustration for the band, I for one can assure you that it has not damaged the sound in any way. Fans of Crow Black Sky, Amon Amarth, Amorphis will definitely dig the epic feel, while other more traditional metal fans that may need  a push to get into the genre will find Rise of the Phoenix  a great starting point. The album, much like it’s namesake, is pretty much guaranteed to rise and soar above anyone’s expectations.