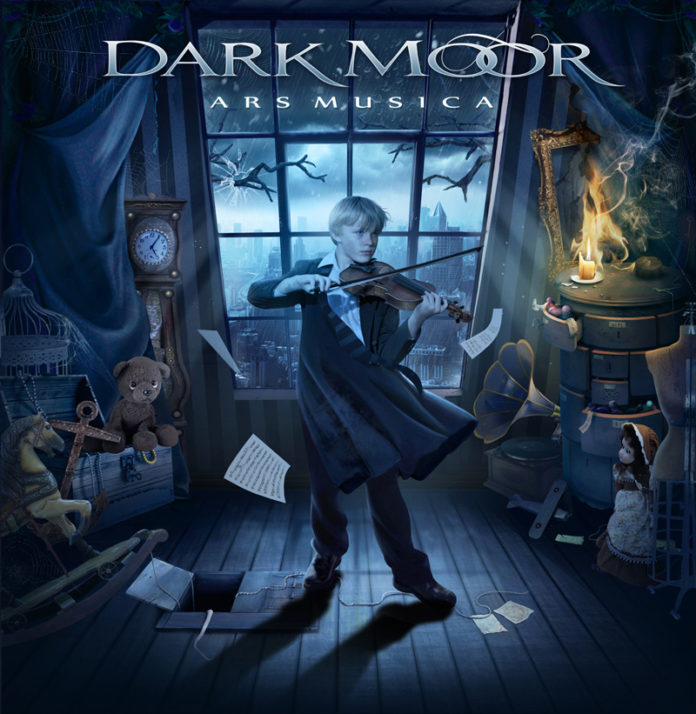 Dark Moor is one of those bands that have been there since forever, yet was always disregarded for some reason. Formed in 1993 the band was female-fronted until the singer Elisa Martin, along with guitarist Albert Maroto and drummer Jorge Sáez, decided to leave Dark Moor to start a new band (Dreamaker). Since then the band has been fronted by singer Alfred Romero and has released five albums, but never quite made it into the A-league of power metal. With their 9th release, Ars Musica, the band demonstrates that there’s still some creative juice inside their ranks.

Aside from the mighty opener, “First Lance of Spain,” the first half of the album disappointed me at first, sounding awfully a lot like Sonata Arctica, namely their last couple of records. Although they are impeccable in terms of musicianship and delivery, they lack a certain hook expected from this type of music. There are some definite standouts like “The City of Peace” or the first single off of the record, “The Road Again,” but the few average tracks definitely ruin the impression.  All of this changes with the furious “Living in a Nightmare,” which combines the bombastic aspect of Angra, epic orchestral arrangements of Rhapsody of Fire and adds a bit of vintage Dark Moor to the mix. In all honesty, this song alone made me re-evaluate the album and see that it is not as weak as I’ve thought upon my first listen.

The other thing that stands out on the aforementioned track is Alfred Romero’s outstanding performance. While he utilizes soft, hard-rock influenced vocals in most songs, in “Living in a Nightmare” he uses falsettos, operatic and theatrical vocals and really demonstrates his diversity. If he had used this wide variety of vocal styles in all the tracks, I’m sure that the album would have been much more spectacular. As for the rest of the band, Dark Moor is known as being comprised of outstanding musicians, who really shine throughout the entire record with unmatched virtuosity. All of this is coupled with an amazing production, which captures the essence of late 90’s power metal, but also has a modern hard rock edge to it.

To sum up, Ars Musica shows that the band is on the right track to reclaiming their former glory. With a different songwriting approach, specifically including a wider variety of influences and styles, Dark Moor could make the album of their career. This way, Ars Musica is just another solid power metal release that might turn a few heads and amaze their fans, but not prove to be remembered as the band’s apogee in the end.

I think you left your Caps Locked there champ