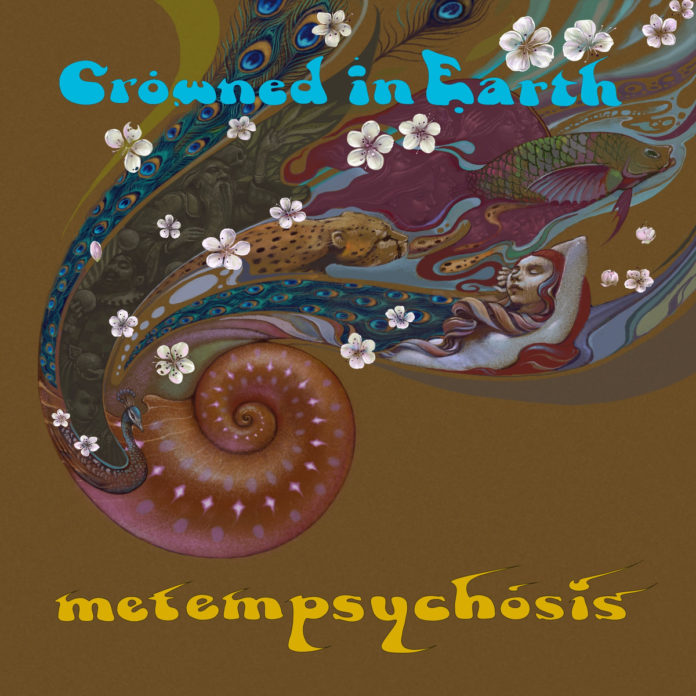 Progessive rock seems like an unfitting label to slap on to bands who cannot seem to get past the Pink Floyd/Genesis era. Maybe call them Floydites? Genesistians? Pink Genesistians? Regardless, Crowned in Earth’s latest effort is the kind of prog rock that is more focused on being stuck in a rut rather than actually going anywhere.

I will admit I have not heard any of the other material by Crowned in Earth or from Kevin Lawery’s (founder/frontman) solo work in Silent Winter, which is apparently an epic doom metal act. So just as I would say that Opeth’s last two albums are not an accurate portrayal of the band’s entire body of work, Metempsychosis may just be a one off, “Let’s spread our wings, man,” kind of album. That being said, whatever flight they took brought them to plains of mediocrity where they built a little settlement on the values of boredom and vastly uninteresting musicianship.

To Crowned in Earth’s credit, many of the songs have some well-done intros that give the illusion that the rest of the song may have some spirit and substance to it, but they all tend to fall flat on their face about a minute in. The most prominent instigator of this issue are the vocals that throughout the entirety of the album do not change in tone, pitch, or anything besides lyrical content which is spread so far apart that you probably won’t give a damn what the singer is wailing about. If taken as an instrumental piece, there are a few moments that create some interest through the soft guitar accompanied by a heavy handed bass, but even those moments are often staunched by jarring ambient interludes that often focus upon the catatonic trot of the drummer.

Metempsychosis as a whole is a performance with far too little diamonds in its rough. While it does have its glimmers of hope, they are quickly extinguished and washed away by a tide of careless laziness. Maybe if you were stoned out of your mind the album would be the trippy prog adventure they were hoping for, but the sober mind will most likely find it trivial and pointless.