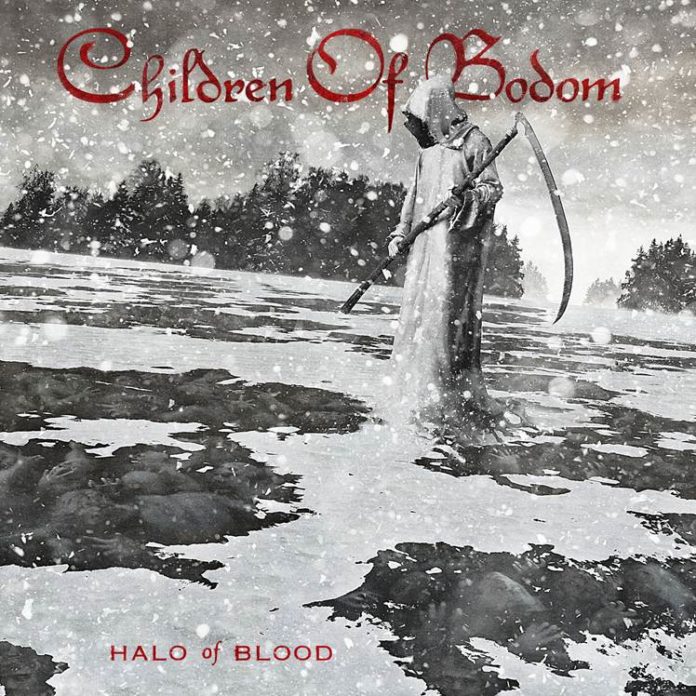 If you’re on this website and you don’t know who Children of Bodom are then you’ve pretty much had your head up your ass for the last ten years. Whether you like them or not CoB are THE frontrunners in Melodic Death Metal, with some truly classic albums amongst their discography. Whilst the general consensus amongst the people that don’t just read Metal Hammer is that they’ve lost their way a bit with the past few records, I urge you to keep on open mind about this one, since it might just surprise you. It certainly surprised me.

With pristine production and the usual phenomenal guitar work from Alexi Laiho, you’ll get on with this album if you’re expecting a bit more of the old school Children of Bodom instead of the simplified, catchier attempts made in Blooddrunk and Relentless Reckless Forever. There’s a bit more speed and classic melody in it with some hefty blastbeating and even the occasional harmonies sounding like they’ve been taken straight out of Storm of the Light‘s Bane-era Dissection (see the opening of the title track). If you are like me, and you were originally attracted to the band by the huge, epic solos here, you definitely won’t be disappointed, since there’s a lot of them. All in all, this album is an amalgamation of the melodic side of Hate Crew Deathroll and the basic heaviness of Blooddrunk coming together to form one of the best releases they’ve put out there.

My main problem with this album is that it just lacks the real spark and originality that the earlier releases had. This doesn’t mean that the originality isn’t there, many times it shines through, but it often seems kind of forced. The band appears to be writing watered down versions of what made them so great to begin with, with Alexi almost shouting “LOOK! I’ve still got it but I’m just choosing not to use it anymore. It doesn’t make me enough money!”. This is really frustrating, since Children of Bodom could easily rule the Melodic Death Metal world.

Still, objectively speaking, this album is pretty damn fine. It’s got balls and it’s got bucket loads of fret-scorching shredding. I was particularly fond of the melodies in “Halo of Blood” and “Bodom Blue Moon”, as they’ve got that feeling of an undying need to thrash your neck off, which is great. Even though the aforementioned problems keep the album from being perfect, it’s definitely enough to make me think that maybe the next one will be fucking awesome and truly back on point. Fingers crossed.

Awesome review man! Spot on! And the keyboards need to be mixed a little high as well…:P