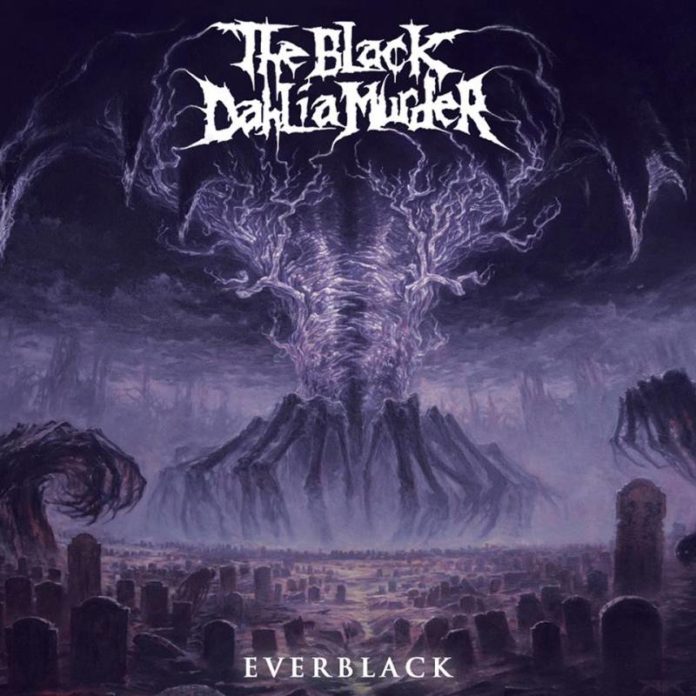 The Black Dahlia Murder (TBDM) is rapidly turning into a band that you just know will put out a quality album whenever a new one is announced. Everything they’ve done since 2005’s Miasma has ranged from really good, to fucking fantastic. I’m excited to say that Everblack is one of the best albums that TBDM has ever put out, easily topping their last two releases. If you’ve never listened to The Black Dahlia Murder before, there has never been a better time to check them out.

All of the elements that make TBDM head and shoulders above other bands in their genre are present on Everblack. They manage to masterfully mix the standard death metal sound with influences from black metal and even some metal-core. The execution is fantastic; it never feels like these elements are being forcibly combined, they just effortlessly flow together. Right from the beginning track, Everblack blasts off and never loses a step. Tracks like “Into the Everblack” and “Raped in Vines of Hatred by Thorn” have riffs that are so damn catchy they should be illegal. I haven’t been able to get some of them out of my head in over a week (seriously, the guitar-work during the chorus in “Vines of Thorn” has been on repeat in my head for about five days now), and they’re everywhere on this album. Complimenting the great riffs are killer guitar solos too; something that’s been a staple of the band (even changing guitarists over the years has never taken this element out of the band) since the beginning. The Black Dahlia Murder albums are always entertaining, and this one certainly doesn’t fail on that front.

Part of what makes Everblack so great, is that no two songs ever really sound alike. True, it’s not like vocalist Trevor Strnad would ever bust out into a power-ballad on a TBDM album, but songs are differentiated enough to never become boring. Just when you think you’ve heard everything TBDM could offer, they kick it into overdrive on the track “Every Rope a Noose” for example. This ensures that you don’t get bored when you hit track four or five – you’re always wondering what kind of tweaks TBDM will make to upcoming songs. It makes repeat listens absolutely awesome, and that’s when you know you like an album. Drumming is also excellent on Everblack, something that was great to see (or hear, I guess) since the supremely talented Shannon Lucas left the band after Ritual was done. Interesting fills and footwork make appearances throughout, and they’re generally just fun to listen and pay attention too; something that can’t always be said for other bands. This has been an element of the band since 2007’s Nocturnal, so I’m glad its left intact on here.

I realize I’ve said nothing but good things about Everblack so far, but that’s because it’s really, really hard to pick out anything negative about it. Even the production on it is very good, which is nice because the production on 2011’s Ritual and 2009’s Deflorate left something to be desired. Ritual was a little soft and lacked some range in the acoustics (parts that were supposed to be louder than others just weren’t) and Deflorate saw that signature TBDM guitar-tone all but disappear. Everblack strikes a nice balance between all of these; it just sounds satisfying to listen to.

For TBDM fans that were worried that the band had lost a step with Deflorate and Ritual, I understand. Deflorate felt rather bare-bones, a little too straightforward (especially coming off Nocturnal, which invoked such an eerie and awesome atmosphere that the followup failed to do) and Ritual felt a bit lethargic. Everblack will erase any doubts you’ve inherited about the band. It might just be their best piece of work yet.