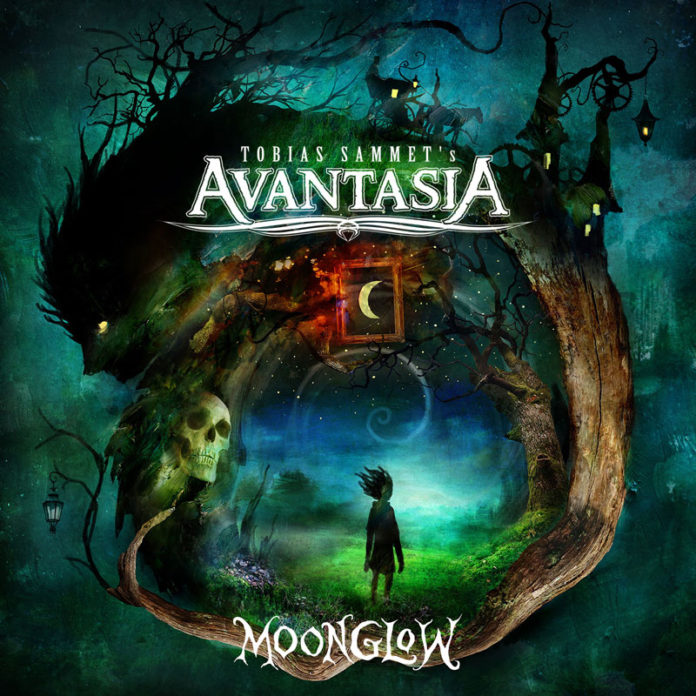 When Avantasia first became a thing, nobody really knew what to expect. An ambitious project, as demonstrated by their impressive 2-part debut, The Metal Opera, it was obvious from the get-go that the band would forever be a logistical nightmare. Back then the mere idea of taking this show on the road was seen as ridiculous, since it would be impossible to get enough of the guests musicians to actually take time off from their own bands and join Tobias Sammet on the road. Coupled with the fact that Edguy, Sammet‘s main band, was alive and kicking (their acclaimed Mandrake was released on the same year as the first part of The Metal Opera) it all seemed to suggest, due to the burden that it represented for those involved, that keeping Avantasia alive would be a difficult gamble.

Demonstrating that a lifespan of almost 20 years has only made Tobias Sammet more ambitious, and despite how unlikely the band’s existence seemed back then, Moonglow, Avantasia‘s 8th studio album, continues with the grandiosity that has marked their entire history, adding the talent of the likes of Mille Petrozza (Kreator), Hansi Kürsch (Blind Guardian), and Candice Night (Blackmore’s Night) to the very talented ensemble of usual collaborators that have joined Sammet in the past, like Michael Kiske and Jorn Lande.

As if trying to make sure the listener knows that he’s in for a wild ride, Moonglow opens with “Ghost in the Moon”, a song that, in the span of almost 10 minutes, moves from a simple piano melody with soft vocals, to the kind of bombastic song that would not be feel out of place at a Trans Siberian Orchestra show (something that could also be said of the fantastic song “Lavender”). Not satisfied with this opening salvo, Tobi continues to impress, as the album then continues with “Book of Shallows,” covering the full gamut of styles, effortlessly exploiting Hansi Kürsch‘s power metal chops, as well as Mille Petrozza thrash offerings. While, on paper, power metal and thrash might sound like a complicated union, it somehow feels natural. This shifting of expectations, from adding thrash where you wouldn’t expect it, fully embracing the skills and styles of those he recruited (the opening of “The Raven Child”, maybe by design,  is really reminiscent of Blind Guardian‘s tunes like “The Bard’s Song”) are what really makes this album special, as it demonstrates Sammet‘s continuous desire to break any and all molds that might be constraining him.

Because of the structure of the album, which really begs to be appreciated as a whole more than as a collection of individual tracks, some might find themselves hard-pressed to emerge from a listening session with clear favorites. The songs merge into each other so well (despite clear separations between them) that it can be difficult to actually appreciate them as singles. This can be seen as a shortcoming since, just like musicals and operas, it does not seem to have been designed to be easily divided, something that might hurt some of its replay value, particularly considering the length of many of the tracks. I can see this “problem” only increasing as Avantasia continues to grow in ambition and complexity, as that seems to just be the natural progression for an ambitious composer.

With Moonglow, Tobias Sammet continues to push the envelope and to see where his creativity takes him. It’s a difficult road, and there will certainly be those who will not enjoy its complexity… but it’s definitely worth it.

The bottom line
An epic and ambitious metal musical that, like its predecessors, continues to push the envelope.
Reader Rating2 Votes
Great use of the skills of the guest performers
Covers a wide variety of styles, avoiding stagnation
Meant to be taken as a whole, it can be difficult to truly separate individual tracks as leading singles.
The cover of "Manic" is not accompanied by a video of Tobi Sammet dancing in the style of flashdance.
4.5