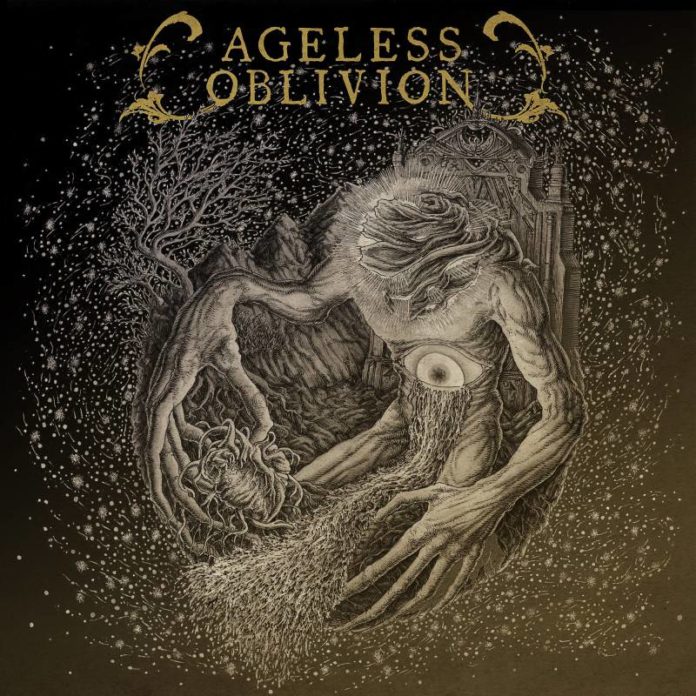 Death metal has always been a genre that easily lends itself to experimentation, and so it has produced some of the most exciting sounds in extreme metal. Death’s discography is a prime example of this. Just listen to Scream Bloody Gore side-by-side with Individual Thought Patterns; the sounds on those two albums could hardly be more different from each other. While a lot of death metal purists like to balk at any band that explores progressive rock territories in their sound, I always like to remind them that Chuck Schuldiner did it first. That being said, the word “progressive” does tend to get thrown around haphazardly, with little regard to the actual meaning of the word, so I can certainly understand some skepticism towards some of the bands that stick themselves with that term.

Ageless Oblivion are a technical death metal band hailing from Hampshire (UK),  and which incorporates elements of progressive metal and post-metal into their sound. Don’t let any of those genre labels scare you off, though, as Penthos, the band’s latest offering, is still firmly rooted in death metal. The drums still have plenty of blasts to go around, the vocals are deep and guttural, and the guitars provide plenty of chugging riffs that will have you banging your head in no time. What really stands out are the changes in tone and texture as Penthos progresses; one song is pounding the listener into a red pulp, the next one has an atmospheric feel that wouldn’t be too out of place on a Neurosis record. “Glacial Blood” rides somewhere between the two sounds, with speedy rhythm guitars and fast drumming, but the chord progression is extremely hypnotic, and when the guitars slow the pace down, the mood gets really spacey. I’m reminded of Ulcerate, particularly their album The Destroyers Of All, which has a very similar approach to what you hear on Penthos. “Where Wasps Now Nest” is an absolutely monolithic track, creeping along at a doomy snail’s pace, and slowly unraveling itself into some crushing death metal that really sneaks up on you. The length of this track might be a bit of an issue for death metal fans that want their tunes short, snappy, and full of hooks, but if you can stick it out, “Where Wasps Now Nest” provides a very rewarding listening experience.

The tone on Penthos is a bit dirty sounding, but that has more to do with atmosphere than it does with the production, which I think is an excellent fit for Ageless Oblivion’s sound. The guitars are given a lot of weight in the mix, making themselves the focus of the record, and showcasing a rather sophisticated set of textures and tones. When the clean female vocals come in midway through “Where Wasps Now Nest,” you almost don’t even notice, thanks mostly to the hypnotic tone of the guitars and dense atmosphere. The most recent material from Neurosis is a good indicator of what I mean about the atmosphere, which is truly a compliment to Ageless Oblivion’s ability to weave eerie thinking-man’s death metal.

Fans of brutal, technical death metal will find plenty to like on Penthos, and may even find themselves actually wanting to explore sounds outside of that little niche, as Ageless Oblivion have truly crafted a unique piece of work here. This is not a death metal-by-the-numbers record, and it really distinguishes itself from the rest of the “experimental” pack as well; if you like Ulcerate, Artificial Brain, or Archspire, with a little Neurosis thrown in, then this is your band. Listen to this with headphones to get the full effect, trust me, you’ll find yourself discovering new things with each new listen.

Atmospheric, progressive death metal that manages to pulverize the listener while making them think deeply.
Plenty of brutality to go around for straightforward death metal fans
Plenty of experimental and atmospheric tones mixed in for those looking for some brainy moments in their metal
Might be a bit too experimental for fans of old-school death metal
5

Yeah. We blame the PR company that sent it to us in January, with the above described release date. Thanks for reading anyway! 🙂

Product of Hate – Buried in Violence