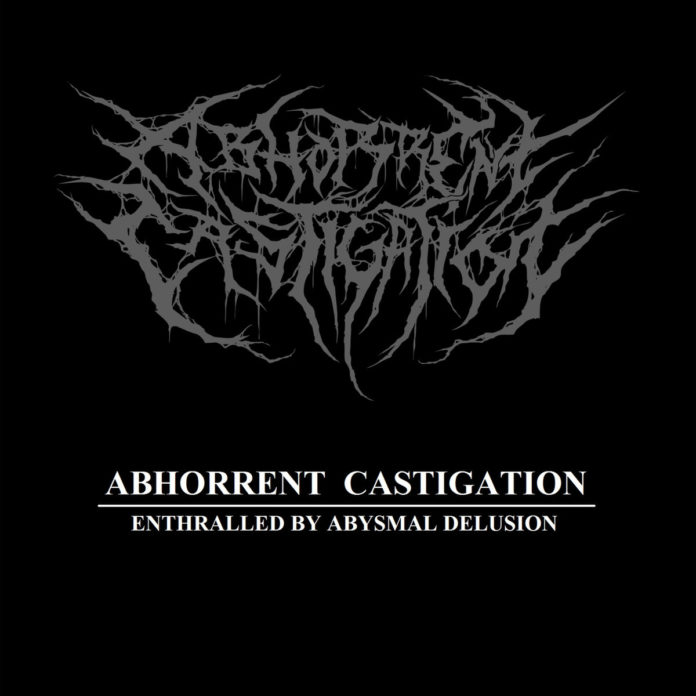 Abhorrent Castigation are a two-man brutal death metal outfit that came upon my radar through discovering one of their tracks being linked in a group on Facebook.  After taking a listen to ‘The Dead Shepherd’, I liked what I heard and ventured over to their band page and found their four-track demo “Enthralled By Abysmal Delusion” was up for free download.  It seemed like good Disgorge and Deeds of Flesh worship, so what harm could be done?

What type of harm, you may ask?  The type of harm where you will be forced to go see chiropractic and massage specialists for weeks down the road.  This is your standard “gotta go fast” brutal death metal that really isn’t too original in its own right, but there is just something about how these two Germans go about creating music that I don’t want to stop listening to.  The three original compositions are well-thought out and make sure to never play on one portion for too long, making sure to keep your attention.  They even covered ‘Into Morbid Obesity’ by Spanish brutal death metal stalwarts Cerebral Effusion.  I can’t speak to whether it is better or worse than the original since the only exposure I have to Cerebral Effusion is through their album “Smashed and Splattered Organs“, but I’m assuming it would come very close to its predecessor.

While Abhorrent Castigation may not be the most innovative brutal death metal band around, they do their craft very well.  I would have to say that ‘Injecting The Falsehood’ and ‘The Dead Shepherd’ are the best of the four tracks.  If they can come up with material like that for their upcoming album on New Standard Elite, then I can see them being a household name in brutal death metal.