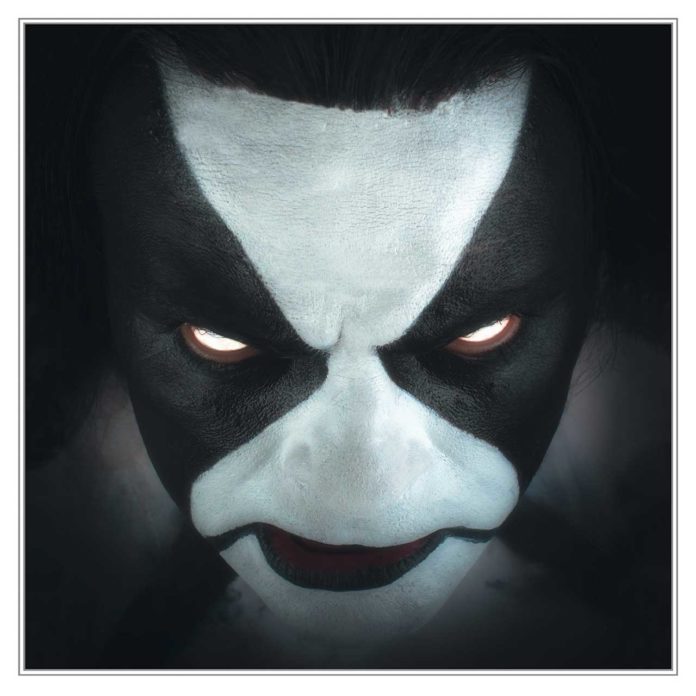 Like so many other fans of Immortal, I was shocked and saddened when I heard that Abbath Doom Occulta left the band, back in March of last year, after a series of court battles over the rights to the Immortal trademark. As a frontman/guitarist/vocalist, he was incomparable, with his trademark croaking vocal style and easily recognizable corpse paint. After guitarist Demonaz suffered a debilitating bout with tendinitis leaving him unable to play guitar, it was up to Abbath to push forward. Starting with At The Heart Of Winter, Abbath began crafting a new form of black metal that mixed in a healthy dose of melody and German thrash.

Forming a new band under his own name, Abbath has now released an eponymous debut album, joined by bass-player King Ov Hell (of God Seed and formerly Gorgoroth), who also shares songwriting duties. This album is as relentless as any fans could ask for. Unlike Abbath and King’s previous side-band, I, which took on a classic heavy metal feel, this new band is unquestionably black metal. There are plenty of blast-beats to assault the sense throughout Abbath, with the obligatory croaky vocals, and some insanely fast guitar work, as can be heard on tracks like “Endless” and “Fenrir Hunts.” The German thrash influence on Abbath’s guitar playing is more prominent than ever, though, as you can hear on the intro for “To War!”

Comparisons to Immortal are inevitable, and while there are obviously plenty of similarities , this is a completely different beast. In addition to the increased thrash influences, there are flares of classic 70’s heavy metal mixed in, one notable example being the chorus on “Winterbane.” You can pick up hints of Motörhead in that particular riff, with an almost bluesy feel, as well some nice acoustic guitar work towards the end of the song, reminding me of the quieter moments of Dark Medieval Times by Satyricon.

When not pounding the listener senseless with a barrage of drum blasts and speed-demon guitar work, Abbath captivate the listener with some mid-paced numbers as well. “Ocean of Wounds” is one such track, and showcases Abbath and King’s considerable abilities as songwriters, managing not to drag in comparison to the faster tunes. The production is handled expertly, giving Abbath a distinctly modern sound, with plenty of each instrument in the mix, and layered guitar-work that really fills up the sonic space. Although keyboards can be heard in small doses throughout various songs, they are treated more as a layering effect than as a centerpiece.

Fans of King and Abbath’s previous releases will find plenty to like here, and will likely bring on a new legion of fans as well. If Abbath is just the beginning, I can safely say that the future looks mighty bright for black metal fans. Put a copy of this on, and turn it up to 11!

IN A NUTSHELL
Abbath and King prove themselves to be a black metal "dream team," mixing a few different styles of metal into a perfect black metal storm.
POSITIVES
Solid songwriting and production, changes of pass from track to track give the listener plenty of room to catch their breath
NEGATIVES
If you didn't like Immortal or I, you probably won't like the continued mixture of German thrash, classic metal, and black metal
5