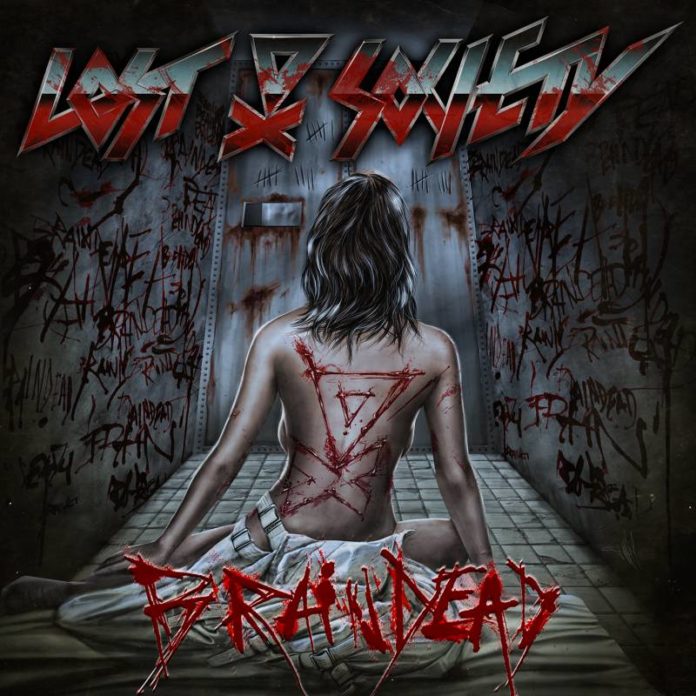 At this point I feel it needs to be said: the whole “neo-thrash” thing has kind of run its course. It was a lot of fun for a few years, a lot of great albums came out, and it has definitely made its mark on metal as a whole. But lately it has become increasingly clear that the majority of newer shit being put out in that realm is very stale, very samey, and just not up to the standards of what some of the bands in those first few waves were doing. In fact, I would argue that a lot of the new things that neo-thrash brought to the table are now being done far better by the multitude of bands that are part of the new wave of traditional metal.

But there are exceptions to every rule.

The first time I heard Lost Society, I wasn’t really inspired to pick up their record. It was just after they released the video for “Trash All Over You“, before their first album came out; although it wasn’t a bad song, it just didn’t grab me and I wrote it off as just another retread of a retread by talented young dudes who couldn’t actually create anything truly original if their life depended on it. I made a snap judgement, and I’m seeing now that it could have been a wrong one. Fact of the matter is, their latest opus, Braindead, kind of rips!

The first thing you notice is the singing. Samy Elbanna has a style and tone that suit the music perfectly, sounding like a younger, more energetic, more strictly-thrash version of Trivium‘s Matt Heafy. His vocals and lyrics are really compelling, easily among the best thrash vocal I’ve heard in a long time. The riffs are fantastic as well, with the band expertly crafting songs with groove and contour and texture, not falling into the trap of going full-speed all the time. The solos are fantastic as well, Elbanna and fellow guitar-slinger Arttu Lesonen having a fantastic sense of when and how to trade-off their leads. Great performances all around create some really excellent songs in the form of “Riot”, “Rage Me Up”, and album opener “I Am the Antidote“. The latter was a fantastic choice for a lead single as it shows the band working their impeccable sense of groove.

Probably the best thing about this album is that there’s nothing to really complain about. The songwriting is great, all the performances are impeccable, the production is raw, but crisp and clear, and even their choice of a cover song to close the album (Pantera‘s “P.S.T. ’88” from the Power Metal album) is an inspired choice. Braindead is a solid release all around and probably my favourite thrash album since the last Exodus offering.

If you’re like me, and you made a snap decision on this band based on one song, then I suggest you rethink that judgement. Lost Society may just become your new favourite thing.

IN A NUTSHELL
Lost Society have proven that, while neo-thrash as a whole may be passé, there is still life in the 'ol warhorse just waiting to be pulled forth by the right band. More and more these Finns look like they could be that band.
POSITIVES
Well constructed songs, great performances, well produced, excellent sense of groove and and inspired choice of cover song. Solid all around.
NEGATIVES
Anything I could complain about would be REALLY reaching. This really is a solid release in every conceivable sense.
4.5