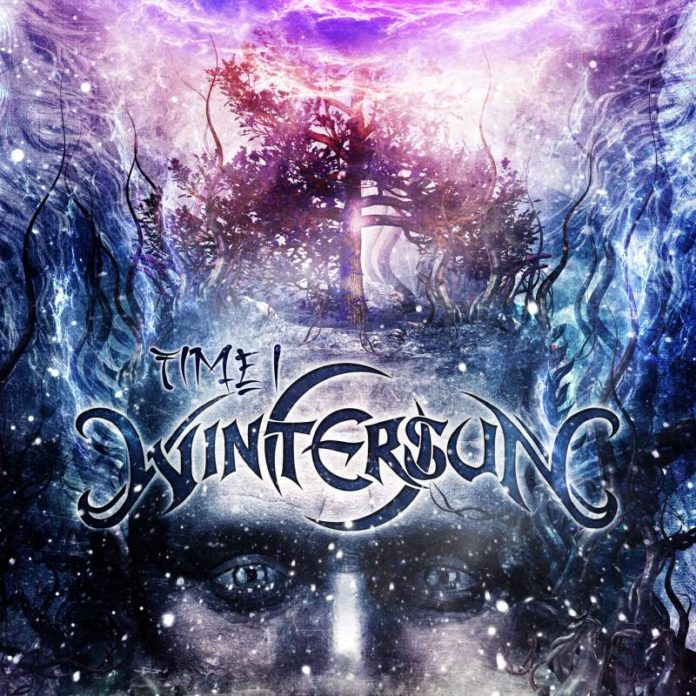 If you had told me six months ago I’d be writing this review, I wouldn’t have believed you. Yet here it is, on my hard drive, Time, the new album by Wintersun (or half of it, at least). For those not in the know: it’s been a long eight years for Wintersun fans since the release of the self-titled first album, with only continuous delays, long periods of radio silence, and excuses from mastermind Jari Mäenpää to look forward to. But that all changed last summer, when Jari and label Nuclear Blast announced that Time would be a double album, split into two halves, and released a few months apart, with Time I landing in October. Which it did, incredibly enough. So once again, that brings us to this review, and after having gone over Time I, I have to say it manages to pull off the bombastic, over-the-top feeling that Wintersun has embodied since its birth. I just wish I had the full package.

When I first spun this record, I was taken aback. With an eight-year buildup, I was expecting something really crazy from Time, but this surprised even me. The four-minute intro track, “When Time Fades Away”, was a heavily layered, tightly wound piece that goes far beyond your typical epic metal album intro. When the opening blast of “Sons Of Winter And Stars” kicked in, I was stunned for a minute. While the band charged ahead, the orchestra swelled and swam as powerfully as ever. Choirs, strings, horns, traditional Eastern instruments and more corkscrewed in and out. My first thought was, “No wonder this took eight years”. Despite this sensory overload, the song manages to feature some memorable moments, including a rousing chorus, an acoustic middle passage and a ripping, high-speed chase towards an ending. Though it’s the centerpiece of the album, it came in second for my favorite tracks behind “Land Of Snow And Sorrow”, whose variations on an awesome central riff captured my heart. It also features what might be my favorite moment on the album – two layers of vocals from Jari above the 6/4 main riff totally nailed the epic, rousing feel of the song.

Time I has seen frequent playtime on my iPod, but I do have a few criticisms. While I enjoyed how insanely layered and over the top the album was with its orchestral trappings, it’s not for everyone. If you’re looking for something grimy and evil, this is about the furthest thing. Also, and this is going to sound bizarre, where are the crazy guitar solos? The first record was full of them, and if Time had turned out to be 90 minutes of sweep picking from Jari, I wouldn’t have been surprised. With the rest of the album as bombastic and full of wankery as it is, I do feel somewhat let down that the only real solo moment comes on “Time” (which also features a cool little bass solo, but it’s hard to hear). I can deal with these issues, but the biggest problem I had with Time I is that it feels like only half of a finished product. I suppose I can’t blame Nuclear Blast for wanting to get this thing out the door in some form after so much time (heh heh), but I don’t feel like Time I is enough on its own for it to have been released as a standalone record. I have a feeling once Time II is released I’ll be able to appreciate it for the double record it is, but I think I would’ve preferred it to have all come out at once.

Despite my nitpicks, I feel that Jari has successfully built on the Wintersun legacy for his sophomore release, and I anticipate Time II. I just hope we don’t have to wait another decade for whatever follows.

Magica – Center of the Great Unknown