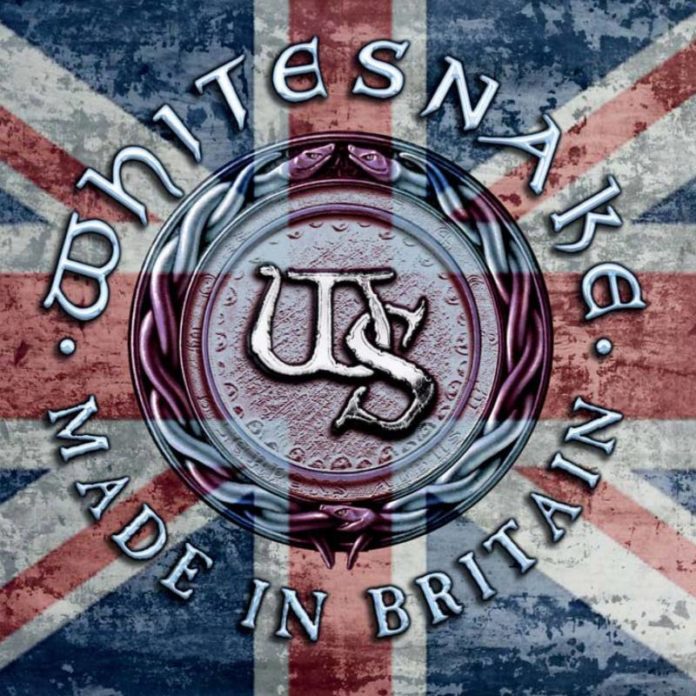 Whitesnake is truly legendary, and don’t let anyone tell you otherwise. Sure, their most famous period is rife for criticism in some circles, but to those willing to venture beyond the band’s megahits from the late 80s, the reward is one of the finest blues-based acts in hard rock. On top of that legend, Whitesnake’s current line-up is among the finest to ever bare the band name. As much as this band is and always has been all about David Coverdale’s classy, raspy croon, the twin guitar attack of Doug Aldrich (Ex-Dio, Ex-Lion) and Reb Beach (Ex-Winger, Ex-Dokken) steals the show on this, the band’s 6th live album.

The album’s first disc, Made in Britain, is comprised of songs culled from the band’s 9 sold-out shows in the UK during the Forevermore tour. The track list for this first half of the release is astonishing, with many of the bands biggest, boldest songs including a stomping rendition of “Fool for You Loving” (From 1980’s Ready An’ Willing) and a stirring, shimmering version of the Bobby Bland cover “Ain’t No Love In the Heart of the City” (From 1978’s Snakebite EP). Of course the most interesting songs are those from Forevermore, especially the hard-driving “Steal Your Heart Away”, which kicks off with Aldrich pulling some tricky slide-guitar manoeuvres before flinging the listener into a headbangable, almost danceable frenzy.

Disc two is taken from various shows through the rest of the world, and wastes no time or energy in making the listener part of the show with a rousing, whirlwind performance of “Bad Boys” (From 1987’s Whitesnake), solos flying everywhere, sticksman Brian Tichy battering home the song’s sick grooves while Beach and Aldrich tear the roof off. Sadly, the middle of The World Record falls flat as momentum is lost to a duo of acoustic ballads. Whitesnake ballads have always been of a high-calibre, but should never be placed one-after-another in quick succession. While the performance quality remains high, the searing production job is wasted on so much fluff laid down squarely in the middle of the record.

The World Record closes by reminding us of Coverdale’s OTHER legendary band: the medley of “Burn” and “Stormbringer”, while fantastic, always feels out of place on Whitesnake albums. Those classical-rooted Deep Purple compositions tend to clash the bluesy ‘Snake tunes, and while one can’t fault Coverdale for wanting to perform those classics live, ending the record with them feels a bit strange.

Not a perfect live record, but a great one to be sure. While the early Whitesnake songs remain under-appreciated and under-utilized, no one in their right mind can say that this band doesn’t smoke. Every member puts in interesting, eventful performances and it make for one rip-roaring live set. If you love Whitesnake, you’ll love this. If you’re not a fan, Made in Britain/The World Record may be the album to change your mind.

Evergrey – Hymns For The Broken