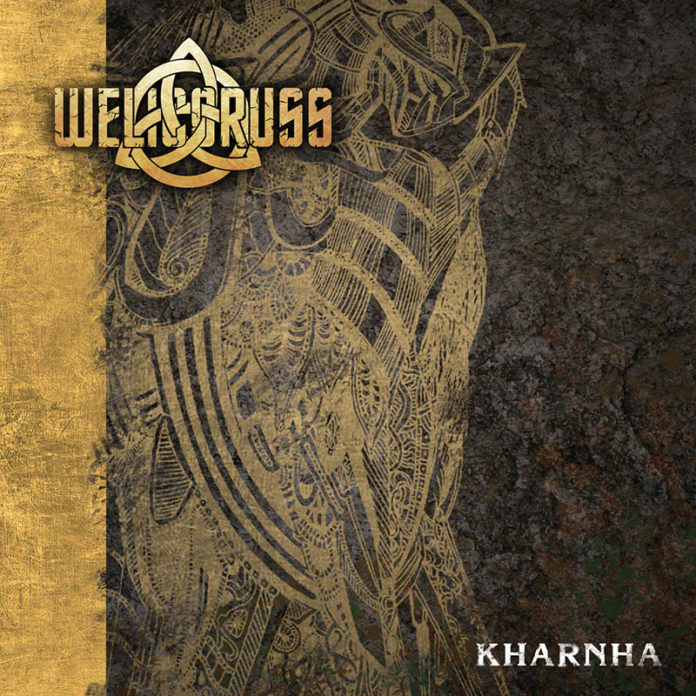 The album opens (sadly, after a completely pointless and forgettable intro) with Bridge of Hope. The soft chirping of birds, followed by the call of a trumpet gives way to a powerful and epic symphonic piece. Although the melody may remind you a bit of the earlier days of Nightwish, Alexey Boganov’s vocals take over and moves into the realm of death metal.

Kharnha, also featured in the band’s first pro music video, does have some of the pagan/folk elements that some may have missed in the previous song. Despite (or maybe because of) this, the song manages to feel powerful and epic, while at the same time retaining an “ancient” feeling.

Dolmen takes the album in a completely different direction. While reminiscent of Within Temptation (including the epic symphonic sound from thee keyboards and Anastasia Sergeeva as the guest soprano) with an occasional Arabic “belly-dancing” rhythms, the song is intertwined with growling vocals in a really majestic way.

Lyrically, the album is terrific. Boganov‘s voice is flawless throughout the whole record, showing that he’s a really talented singer, with nothing to envy from growlers such as Alexi Laiho or Sakis Tolis. True, the backing vocals in Bridge of Hope could be better (at times they seem, at the very least, out of tune) but you can’t expect perfection.

Musically, you can’t go wrong with this album. The staccato picking in Bridge of Hope, the solo in Kharna, the epic-sounding keyboards and, especially, the “orchestral” version of Kharnha, show that these guys are real musicians.

Kharnha is, without a doubt, a solid piece of music from a band that doesn’t seem to get the recognition they deserve. Perhaps some are put off by the lyrics (everything is in Russian, despite the titles in English) or just think that they’ll encounter an Arkona clone (or a Behemoth clone, based on the style of their corpse paint). I hope that you can get past those initial reservations and give this album a chance. You’ll thank me later.

[…] is a prime example of this). While this seems to be a regional thing (Arkona, Dark Princess and Welicoruss are guilty of the same thing) I really detest it, since I feel it breaks the whole rhythm of the […]