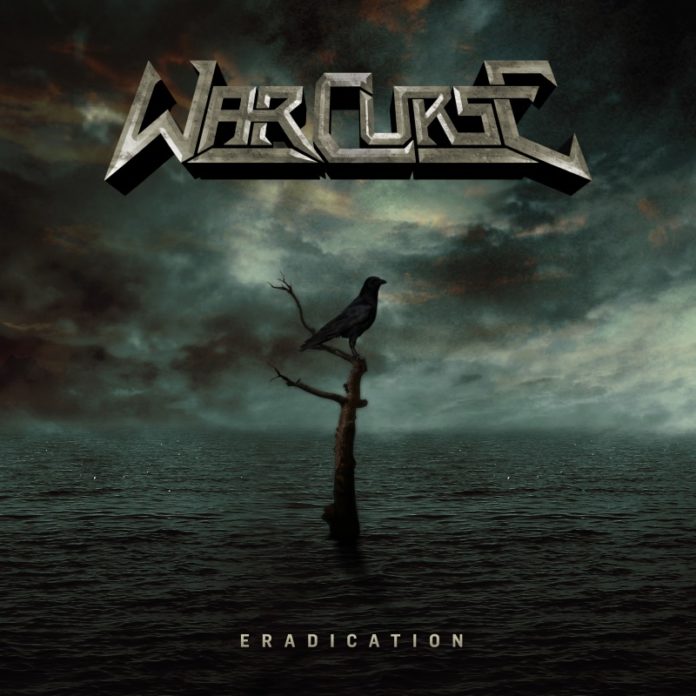 Heralded by last month’s single for “Serpent” (featuring Kragen Lum of Psychosis and Heathen), the debut from Cincinnati-based War Curse comes loaded for bear with eight tracks of modern thrash. Built around heavy-load riffs and captivating rhythmic work on the drums, the songs emphasize those strengths while letting the vocals and bass bob down in the mix. That push towards treble helps keep things feeling frenzied and jumpy, while also working as a nice nod to the feel of the band’s apparent influences.

In addition to Lum, Testament‘s Glen Alvelais and Kyle Thomas from Exhorder pop up as guests, but their appearances are essentially just nice treats, as War Curse do an excellent job of impressing their style on listeners in the band-only tunes. Pieces like “Possession” and “Polluted Minds” do great in hearkening back to the dirty mid-’80s, when thrash really started getting traction, with “Sands of Fate” working not just as a piece of head-banging inducement, but also as an adept emulation of early Slayer toothiness. Likewise, you could pick out the noodly crescendos threaded through the drummer’s intensity in “Serpent” as being a kick of Rust in Peace-era Megadeth flavoring but, again, it stands fully capable (and bad-ass) without forcing that perceived homage onto it.

What does work better when taken as tribute to yesteryear are the lyrics, which otherwise end up at times feeling a little too unrefined for the 21st century. Take “Iron Veil”, for instance: “Life is death / There’s no escape / To die is to be free / No soul left to take away / This world is not for me.” Vocalist Blaine Gordon succeeds in making emotion carry the words higher than the written verses would suggest though, and the song-writing keeps his voice and the dual guitars of Justin Roth and Joshua Murphy pushing the intensity upwards in intelligent ways. Additionally, the songs which use the madness of today’s assorted crises as inspiration (e.g., the title track) show that the band can put together successfully engaging material on that front, so let’s hope they draw more from that well next time. “Eradication” also brings a distracting filter to Gordon‘s singing, though, so there’s some trade-off occurring there.

While Static Tension Recordings gave War Curse‘s debut EP, Final Days, a physical release not just on CD, but also on cassette (for a bump of extra thrash cred), WC‘s new home at Svart Records will find them swapping over to vinyl and CD for this album. High shipping is the only thing keeping me from pulling the trigger on a black wax copy of my own, but at least BandCamp solves that problem. Whatever your chosen format of musical ingestion, if you’ve got a soft spot for thrash, be sure to check these guys out.

Avantasia – The Mystery of Time