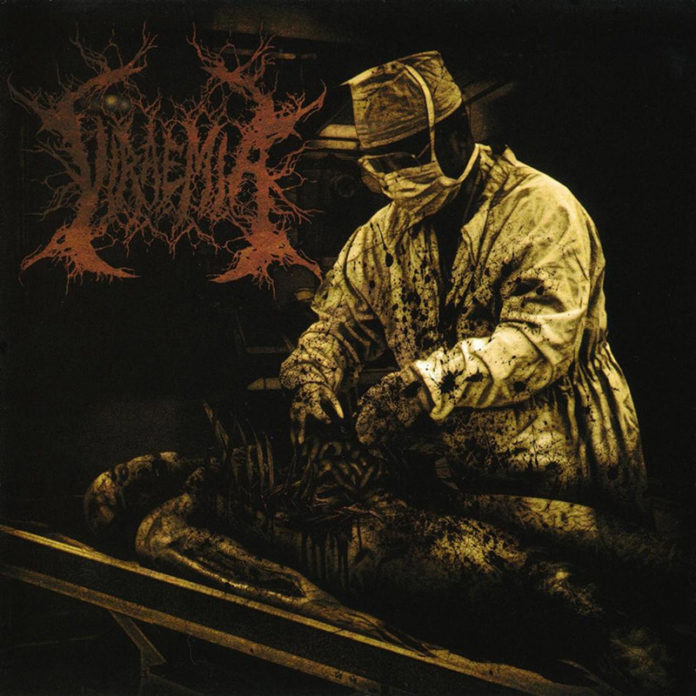 Fretboard acrobatics.  That is the first thought that comes to mind to describe the generally frantic pace of the Phoenix-based technical brutal death metal band Viraemia.  There is absolutely no doubt that these guys know their way around their instruments, as they are sweeping, plucking, sliding, scaling, blasting, and growling their asses off.  Their self-titled and self-released EP, “Viraemia“, is filled with almost 19 minutes of pure technical carnage, most of all looking to get their infected hooks into fans of Origin, Anomalous, The Faceless, and Necrophagist as the majority of music tends to reside right in the overly-technical and ridiculous, even bordering on pointless guitar wankery.  There are pieces of the five tracks where what the band is playing absolutely fits with everything perfectly, but every once in a while I’ll find that I’m beginning to tire of the intense mockery of normal physical implications that a human being is capable of.

While these musicians are no-doubt talented, it seems that some of the nearly-flawless and technical guitar work gets to be a bit much, and sometimes seems like they didn’t pay attention to some aspects of the song-writing or pacing other than to continuously build something around tapping scales.  Not to take anything away from the band, as what they play seems to be very difficult to arrange and play.  I believe that if Viraemia continue to not only work on their musical techniques, but also their abilities at being capable song-writers, then we will no doubt see them succeeding in the future while shredding their fingers to blisters.