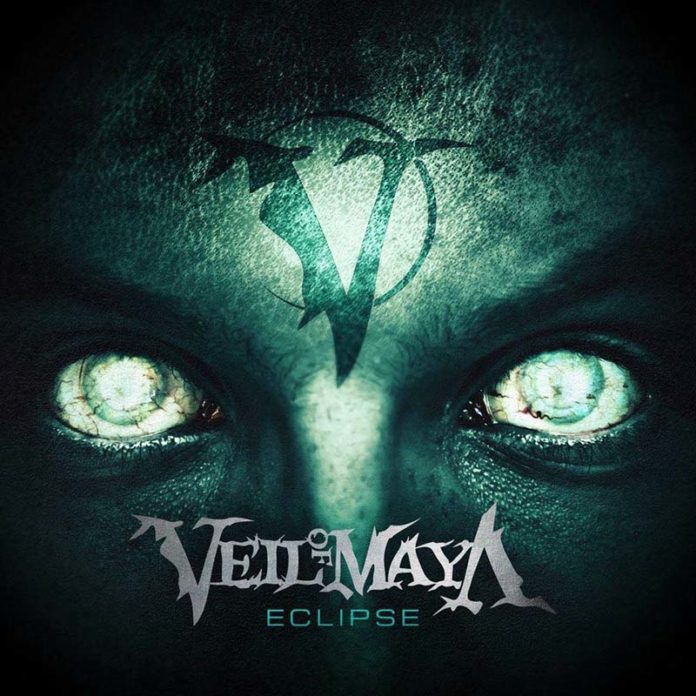 A couple of weeks ago I hit up an In Flames gig, at which Veil of Maya delivered an impressive performance. Previously, I had dismissed their particular brand of djent-core as the work of just another trend-follower, music for the kids out for hyper-processed modern metal. Those fans won’t be disappointed by Eclipse, but the band’s managed to create a fairly solid record that manages to stand above most of their modern contemporaries in the modern prog-metal genre.

The first thing that caught me about the band was their unconventional live approach-only using one guitar player and a series of loops to get their sound. Their approach comes through on the record-they make that one guitar count across a variety of taught, tight riffs. Attempts are made to add depth through synth backing parts-this album was produced by Misha Mansoor of Periphery, and that becomes clear the moment opening track “20/200” starts up. After a scant minute or so, “Divide Paths” kicks off the metal in under three minutes. The record comes in at only 28 minutes, with only one song breaking the four-minute mark; the band seems to understand the importance at coming in fast and tight, with a short, focused onslaught rather than meandering around like many prog records. Riffs fly left and right, and the changes are near constant.

What’s most important here is that the Maya boys are interested in making these songs stick, despite their frantic natures. “The Glass Slide” features a recurring dissonant riff, but with flashes of guitar meedlies popping in and out to keep things fresh. “Enter My Dreams” boats a parallel synth/guitar line over a looped riff before a high-speed blast beat kicks in. And “Numerical Scheme” kicks off with a spacey intro riff before a vicious drop-tuned rhythm kicks in, only to bring it back-all this in three songs in ten minutes. Eclipse seeks to balance melody with djentrified breakdowns and high-speed guitar acrobatics, and manages to pull it off with surprising aplomb, given their track record of serving processed deathcore to the masses.

Occasionally things feel a little slapped together, though. I loved the clean break in “Vicious Circles”, and would have loved to seen it expanded, but it came out of nowhere on the heels of a fast metal section, and ended much too soon with a return into riffage. While their energy and interest in branching out are admirable, it leaves some interesting ideas in the dust sometimes. Another sticking point is the vocals-while the instrumentalists might be delivering an impressive performance, vocalist Brandon Butler’s approach is generic and an ever-present reminder of the band’s deathcore roots. For a band that seems interested in exploring new horizons, his presence seems intent on keeping things digestible to the mall-metal crowd.

Eclipse manages to work because of its reluctance to slow down and take a breath, but it’d be interesting to see the Chicago quartet take some time to explore their sound next go-around. For a band that manages to accomplish so much with a limited crew, it’d be great to see how far these guys can push things. Consider Eclipse a tasty appetizer before the main course.