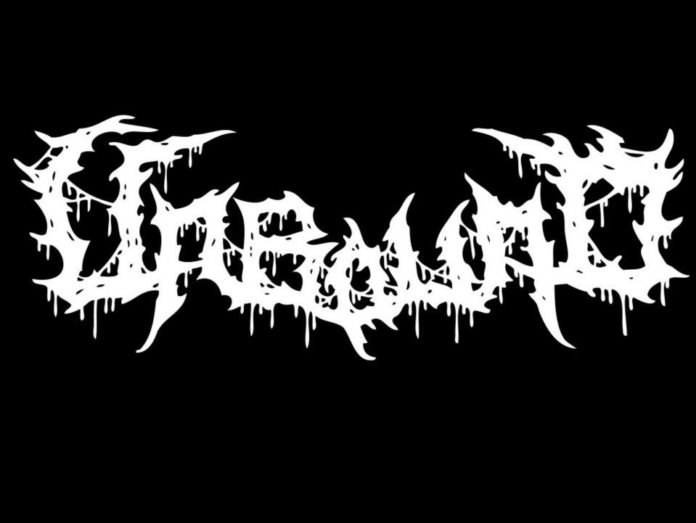 It amazes me how much great death metal comes from California.  Seriously, it is uncanny.  Much like how Texas seems to have a stranglehold on incredible slam, I like to think that California is that way with brutal death metal.  I could go on for hours naming off one band after another that has changed the way we look at brutal death metal from California, but instead I will continue to focus on the newer talents that wish to continue that stellar legacy, such as Unbound.  A three-piece that hails from Los Angeles, they come to give us a taste of their take on slamming brutal death metal.

After repeated listening sessions it seems that these four tracks were written and recorded at different times.  The first two, ‘Seance’ and ‘Philosophical Matter’, are your run-of-the-mill slamming brutal death metal since there really isn’t a whole lot of their own identity within the music.  However, once you hit ‘Event Horizon’ and ‘Eternal Oblivion’ things seem to change for the better.  There is some semblance of taking chances in their song-writing, and not just doing the usual “plodding passages segues into energetic riffing”.  There is even a progressive section in the middle of ‘Eternal Oblivion’ that really set the tone.  That is the kind of Unbound I want to hear more of.

The vocals are done in the usual guttural fashion and could stand to be a little more “out there”, but they seem to do the job well enough.  While the first two tracks may be stale, the drumming has consistently been on point throughout the record, so kudos to not just keeping the beat and helping to further the music into other territories.

While I’m not entirely sure which style the band is going with now, there is definitely hope in their future if it is anything like the last two songs.  I still think Unbound needs a little more work, they are still a new band and hopefully finding their footing.  The music itself may not be the most original material out there, but I will be keeping my eyes on Unbound for their future plans.