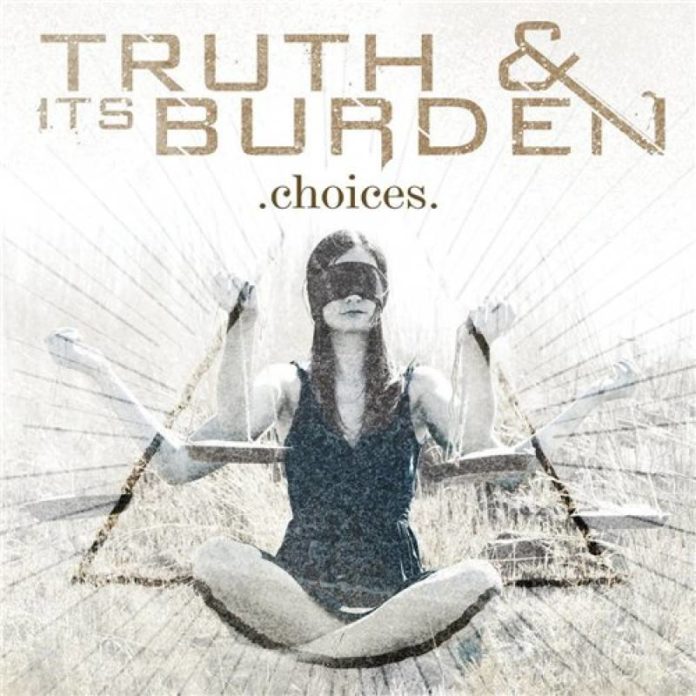 It took a few years, but this melodic hardcore stuff is really taking off now isn’t it? Bands like Misery Signals and Counterparts have helped the genre expand rapidly with it’s mix of traditional metal and hardcore music with more quiet and subdued elements. Truth And Its Burden are just the latest in the ever expanding genre, having recently released their album Choices through Mediaskare Records.

This review might be relatively short compared to some of the other one’s I’ve written, but that’s because there really isn’t anything too polarizing found on Choices. It’s by no means a terrible album, and it’s actually quite enjoyable in the beginning. All the melodic hardcore staples are there – dynamic soundscapes, shimmering guitar tones, etc. Once the polish wears off, however, Choices true colors are revealed; riffs that all sound the same, song structures that are all extremely similar, and a general lack of energy and enthusiasm throughout the album. It’s clear these guys can play – instruments are nicely layered on top of each other and rarely clash, and both harsh and clean vocals (as well as spoken parts) are given ample room to breathe without feeling rushed or constricted.

So where does it go wrong for Truth And Its Burden on Choices? Well, as I hinted at before, there’s little to no differentiation between songs on this album. Seriously. Go listen to a song from the album on youtube and you’ve basically heard what the entire album has to offer. While that might be fine for a little background listening, if you’re doing anything but that things tend to get boring real quick. After the third or fourth song, you’ll be wondering if you should keep listening. You’ll ultimately keep listening because there’s been nothing bad so far, things are just a little bland. “Maybe they’ll spice things up as they go along” you think to yourself. Then you get to the end, and realize that Choices is really just a constant case of blue balls; all the elements to make something memorable are there, but it never comes. My combined listen count between my iPod and iTunes clocked in at seven (eight if you count that I’m listening to it as I type this review) complete play-through’s, and I cannot for the life of me remember a single interesting thing that caught my ear on this album.

On top of all this, the production on Choices is ho-hum. It almost sounds as if you’re listening to the band play in the next room over; everything besides the vocals sounds muffled and lacks punch. Guitars sound like someone took a belt-sander to them and removed all of the “grit”, while drums just fall flat and fail to impress. This isn’t really the end of the world, but it’s just another thing to add to the list of why Choices fails to impress. Hopefully on their next album Truth And Its Burden won’t be afraid to get a little crunchy with the production; it’s worked for so many other bands of this type.

Really, the main theme of Choices is just mediocrity. Nothing on the album is offensively bad, it’s just that nothing is memorable. Once you listen the first time, you’ll have absolutely no reason to go back and listen again. Notice how I didn’t mention one song name in this review? That’s not because of a lack of attention and detail in this review. It’s because once you’ve heard one song, you’ve heard them all.