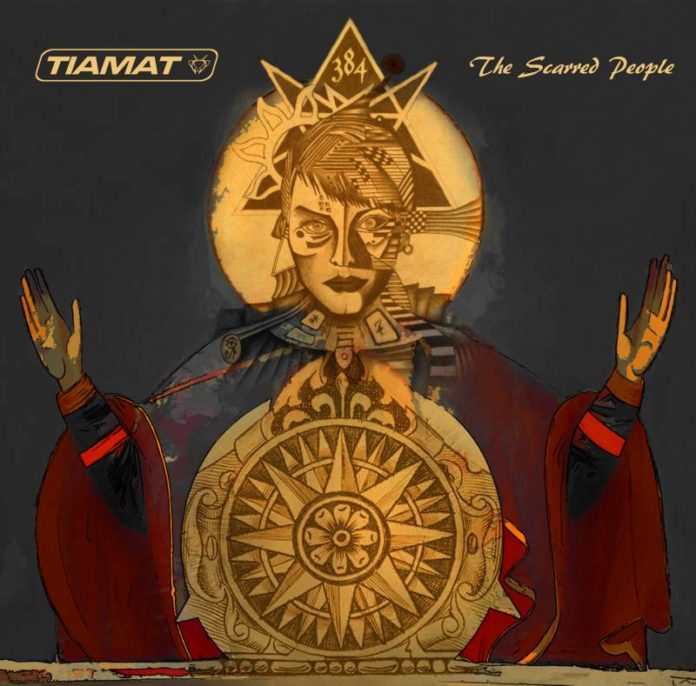 Is it just me, or are the Swedes slipping? It seems like the old guard of death metal have, one by one, shifted away from their traditional sound into something else. Opeth are the latest to pull this bait and switch, but way before them were Katatonia and Tiamat. The difference is, despite abandoning their beloved death/doom material, modern day Katatonia is really awesome, and they still have an edge to them even though they’ve foregone the harsh vocals. Tiamat, on the other hand, seem like they decided to embrace goth rock, and then got complacent, if new album The Scarred People is any indication. I’ll admit my prior exposure to the band isn’t great; they’ve been around for a long time, and their records all have pretty solid reviews on Metal Archives, so maybe hardcore goth rock fans can see something I can’t, but to me this record just seems bloated and unseemly.

It’s not like there aren’t any bright spots, granted. There’s some solid, David Gilmour-esque lead guitar work on tracks like “Radiant Star”, and there’s some clever use of structuring between “The Sun Also Rises” (which holds up as a decent ballad) and following track “Before Another Wilbury Dies”. Occasionally there are moments like these that give me the feeling that these guys have been cranking this style of music out for a pretty long time, and they have an idea of what they’re doing, but then there’s the weird stuff like the straight-out-of-1992 synths at the beginning of “Love Terrorists” that date this record pretty hard. Can all the bands who sound like this acknowledge that we live in 2012, and sometimes you need to update your sound or risk sounding really goofy?

Maybe this is an update for Tiamat, though – certain songs feature an orchestral element, such as the opening title track, but I don’t feel that they add much; it just manages to succeed at dragging that first track out longer than it needs to be. What strengths Tiamat possesses in terms of songwriting are best served by shorter track lengths; otherwise they risk getting bogged down in a quagmire of synthy nonsense. Also, Tiamat, just so you’re aware, “Messinian Letter” sounds like The Cure wrote a song for a Key West tourism commercial, that guitar line is totally “I’m on the beach and it’s 1987”.

I don’t know, maybe it’s just me, but I’m not seeing it. Maybe this thing actually rules really hard and I just can’t fathom it cause I was one of those kids who came up looking for br00tal stuff instead of trying to find the spookiest graveyard to take pictures of myself in. But outside of a few strong moments (the acoustic “Tiznit” gave me a Let Yourself Be Huge-era Cloudkicker vibe…you probably just learned everything you need to know about my musical tastes relative to this record), there isn’t much here that isn’t either executed better by others or strange and misguided. Sorry, ya’ll, I can’t help you.