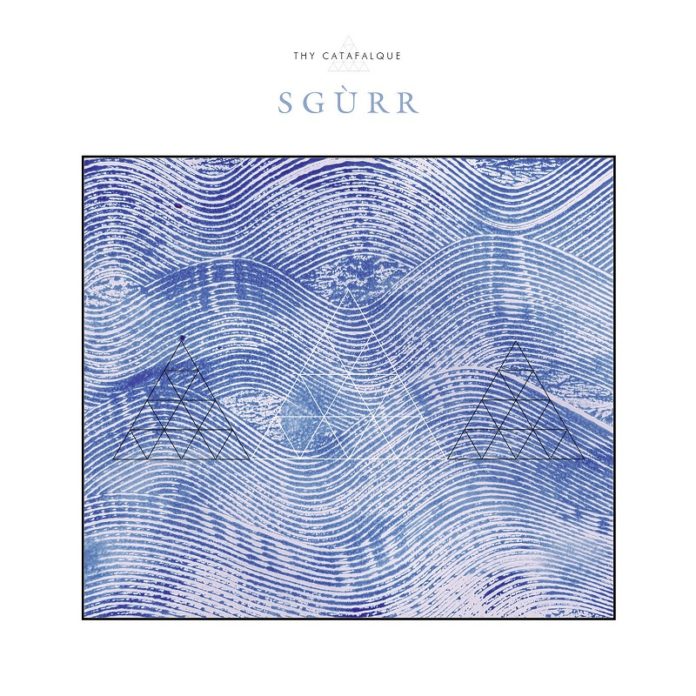 Sgùrr marks the first album from Thy Catafalque since 2011, coming from an incarnation of the band in which the group functions as a one-man project bolstered by about half a dozen guest musicians, who come in to flesh out the tracks. The album is book-ended by two spoken-word tracks, each titled “Zúgó”, and in between lies a collection songss which the band bills as “avant-garde metal.”

While it may be too self-aggrandizing to describe your own music that way, Thy Catafalque do a decent job of living up to it. There’s a diverse blend of styles going on, with folk, minimal black metal, prog, speed metal, dub, power metal, modern classical, and a fistful of others all cooking together, and, for the most part, the bubbling mash of genres works. The use of relatively sedate recitations against the instrumentation, shred-bash matches between guitar and drums, and mechanical background grindings are a few of the ways in which the material finds new forms, even if metal is unquestionably the foundation upon which it all rests.

It’s not flawless, or even close to being so, but the ambition goes a long way towards smoothing over the patchier parts. There are also times during where it taps into some fine energy, hitting on a fast-paced momentum which barrels through the twisting arrangements and style shifts without getting entangled in too much tangentialism; these are the times where the ‘straight’ metal background rises to prominence, giving the music a firm decisiveness that often feels missing from the looser, more playful sections.

While the music doesn’t come across as aping Ulver, the change of a black metal band (with a debut album titled Sublunary Tragedies, no less) to something so varied and upbeat does call them to mind, though the album’s more manic moments could just as easily evoke Destrage or one of the nuttier experimental grindcore bands. Electronic texturing and thorough editing are what bring out the strongest parts of Sgùrr, and though the drums do drag on too long in the same riff a few times, the care in trimming down the fat is well-evidenced for most of the run. If you’re inclined to give a band good will on the basis of their intentions, Thy Catafalque put in enough work here to earn a fair amount of it. On the other hand, if your only consideration is the musical end result, the under- and over-packed portions, short as they may be, could easily lead to popping Sgùrr out in favor of an album that knows exactly what it wants to be.

IN A NUTSHELL
Experimental metal that doesn't always succeed, but tries damn hard
POSITIVES
Lots of experimentation, some unusual blendings, good beats, and an interesting flow from start to finish
NEGATIVES
The refusal to sit and focus on any one of the musical influences on its own for a full track may put off some listeners, and more might have been made from compressing the ideas here into an EP
4