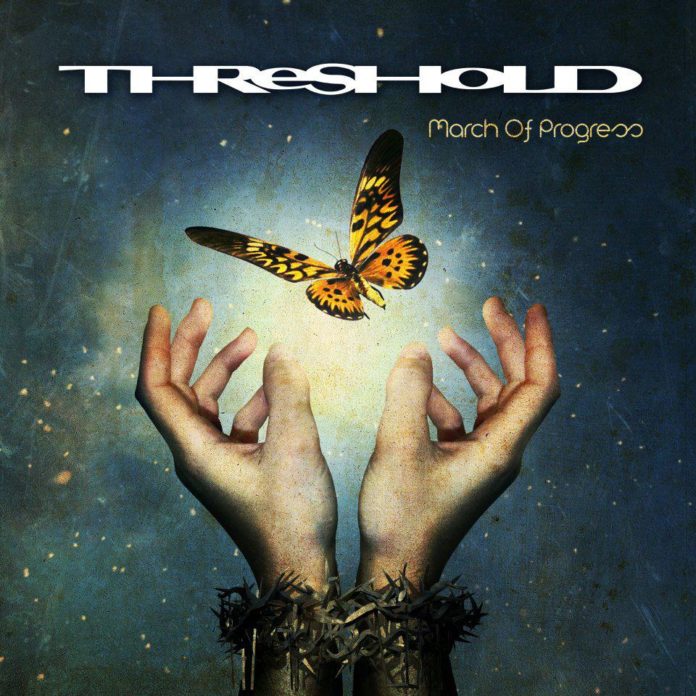 Okay, where the hell have I been? When Metal Blast headmaster J pitched the new Threshold album at me for review, hyping it as progressive metal, I was afraid of a repeat of the Enthrall incident from a few months back. Turns out these dudes from the UK have been making prog-metal since 1988, and they’ve managed to put out nine full-length albums without my noticing. And fortunately for me, they’re quite a bit better than Enthrall was. They make prog-metal in the vein of Queensryche, Fates Warning and Dream Theater, and while this style has been well-covered by those bands, it’s cool to hear it revisited in a day and age when being progressive is often paired with being brutal.

I made the comparison between Threshold and those bands in part because vocalist Damian Wilson is channeling Geoff Tate circa Empire or so really hard. His dramatic delivery vibes perfectly with the band, which are able to throw out sick guitar/keyboard solos on the regular without sacrificing a place for the vocals or rock solid, heavy riffs. Opening track “Ashes” sets the tempo for the record – a big chorus, lots of cool leads and some twisty time changes to keep things interesting. “Staring At The Sun” kicks off with a serpentine riff that captures an upbeat vibe while hitting with aggression before settling into a topsy-turvy verse – there’s a lot of good ideas, and they’re assembled smartly and with taste; the song never feels unnatural.

I think one of the most important aspects of this record is that it avoids the misstep so many progressive metal bands fall prey to – forgoing heaviness in favor of getting lost in noodling. Threshold doesn’t face this problem, thankfully. “Liberty, Complacency, Dependency” comes out hard and keeps it up through its nearly eight-minute runtime (the samples at the beginning are a little too Dream Theater-y, though). “The Hours”, on the other hand, gives me flashbacks to that reissue of Fates Warning’s Inside Out reissue from a few months ago. You could accuse Threshold with wearing their influences on their sleeves, but at least they’ve got their songwriting tight. What isn’t tight, though, is the runtime of March Of Progress – at 75 minutes, there’s fat that ought to be cut. “Coda” doesn’t serve much late-album purpose, and “That’s Why We Come” is a pretty hollow ballad. (While I’m getting my complaints out of the way, “Don’t Look Down” features Wilson trying to get us pumped by singing “It’s time to shine!”…several times. Sometimes you just gotta accept you’ve made the wrong move.)

Fortunately, album closer “The Rubicon” goes pretty hard. Strongly structured and sprinkled with a heaping helping of sweet solos, it encapsulates the strengths of Threshold’s style of songwriting. And although it’s a style that’s been around for a long time, it’s a style they pull off with aplomb.[signoff predefined=”Signoff 1″][/signoff]

The Impaler – A Fate Worse Than Death