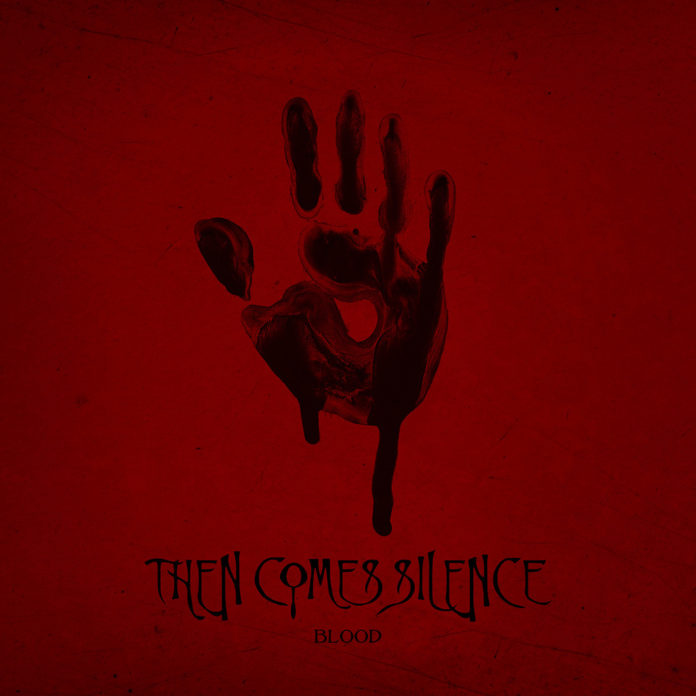 Blood, the fourth LP released by Then Comes Silence, finds the Swedish group eagerly indulging ’80s aesthetics as they dive into gothy post-punk; and while they’re a little betrayed by the digital-sounding production work, they still do a respectable job playing in a neighborhood shared by The Cult, The Cure, Sisters of Mercy, and similar acts. When they nail that zombified strut-stomp, as they do so well in, for example, “My Bones”, you can practically feel the black hair gloss and (p)leather.

But over most of the album, though the band puts their songs together with ears trained more towards what actually makes for a good song over just filling the ’80s homage checklist, there’s a pervasive sense, difficult to pin to any one quality, that this is most certainly a modern album. The very audio of the recording tech is part of it, as even in their rawest, fuzziest plunges of guitar, TCS simply sound too sharp, but the clutch of imitation is a bigger problem. The band does an admirable job of trying to straddle the line between channeling that yesteryear vibe and making it their own, and while they succeed, it’s something which doesn’t feel quite natural.

It is arguable that the unnatural vibe is something which is quite suited to the post-punk reanimation that takes place in Blood, and I can imagine that weird self-assessing stiffness growing to be one of my favorite aspects of the album, given enough time. It does make for awkward first impressions (something surely familiar to post-punk enthusiasts), but it’s not something which impairs the quality of the music to a terrible degree. Pulled out of the context of its anachronism roleplaying, the album is a fine time, nailing stripped-down bass-lines to living-dead vocals and buzz-edged guitar while the drums shift and uncoil. Taken either way, there’s more than enough substance here to merit investigation for those seeking something casually spooky with a narcotic coating.