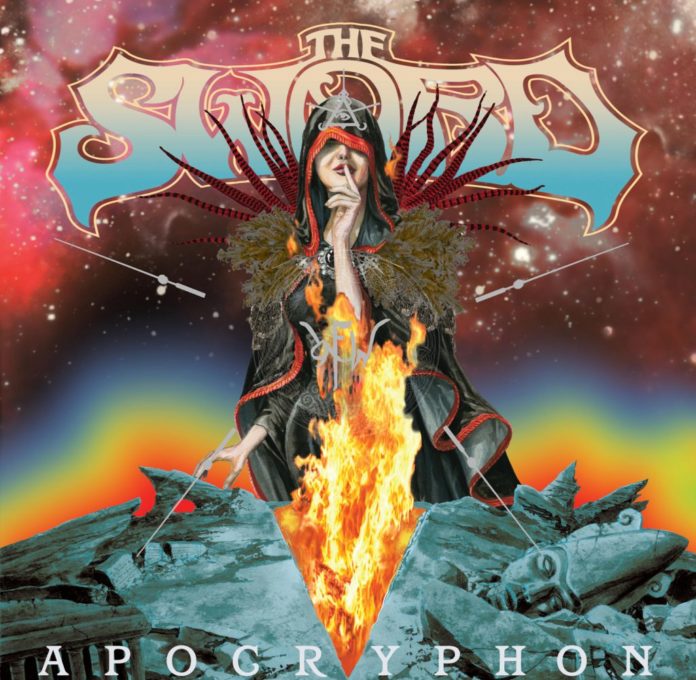 If I had to place the responsibility for my multi-year infatuation with doom metal on the shoulders of one band that isn’t Black Sabbath, it would definitely be The Sword. It was their debut LP Age of Winters that turned me on to this fantastic celebration of crunchy guitars and heavy riffs way back in 2006, when the only comparison my inexperienced high-school brain could find for them was Wolfmother. But unlike Wolfmother, these guys didn’t just sound fantastically retro. They sounded heavy as shit at the same time, with a sense of pentatonic grooviness and crushing tone in equal measure. I still listen to Age of Winters and Gods of the Earth often and frequently, and those two masterpieces have soundtracked more D&D sessions than I can remember. With 2010’s Warp Riders, the band changed their direction towards more of a 70’s classic-rock sensibility, with an ear more for the melodic than the sludgy. Their hook-craft was in full display, and the songs on the album sounded a lot more like ZZ Top  and Thin Lizzy than Sleep and High on Fire. They’ve continued this direction on their newest release Apocryphon, an end-times celebration of the Almighty Riff with plenty of hooks to whet your appetite. The only problem is that the hooks don’t really grab you as well as the ones on their earlier albums did.

That’s not to say that the songs aren’t good, there’s plenty of killer cuts on here. “Veil of Isis” hits you with a warm vintage fuzz and rocks with a 70’s buttrock sensibility, and cuts like the following “Cloak of Feathers,” the Jack Vance-inspired “Dying Earth,” the head-nodding title track, and the fist-pumping call to arms of “Hawks and Serpents” see them further refine the formula explored on Warp Riders. The new drummer Jimmy Vela gets plenty of opportunities to showcase his skills, and J.D. Cronise’s vocals are more forceful and powerful than they’ve ever been; it’s great to see him coming into his own as a singer, especially after his somewhat weaker performance on The Sword’s early work. Regrettably, though, their newfound style is still far from perfect. While there’s plenty of good riffage, groovy rhythms, Hammond organ backing, warped-out synth pads, and even a few funky bass fills, there’s nothing in the songs that really stuck with me. As good as many of these songs are, they all tend to blend together and become indistinguishable from one another. And some of the more distinguishable ones are distinguishably bad – “Execrator” and “Seven Sisters” sound like something that the band sleepwalked through, with lazy choruses and paint-by-numbers stoner riffs. Most of the songs on Apocryphon are pretty decent, though; it’s just almost impossible to tell the good ones apart from one another.

There’s plenty here to recommend Apocryphon if you’re a fan of stoner-doom or 70’s-style buttrock, especially the kind that The Sword have been on about since Warp Riders. The Sword remain my band of choice for soundtracking a long drive across the rings of Saturn in a 1978 Pontiac Trans-Am, or even better, flying a zombie-infested B-17 over heavy anti-aircraft fire. But when it comes to quality stoner-doom with a retro sensibility, you could do a lot better than Apocryphon; to be fair, you could do a lot worse, too. But there’s nothing here that’ll grab your ears if you’re not already into what they do; this is an impassioned sermon to the choir, but the unconverted will be left unimpressed.