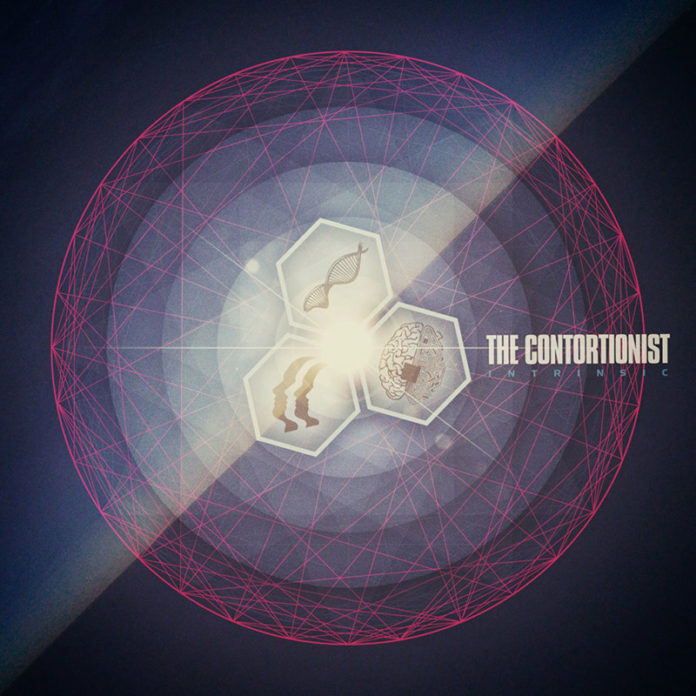 I bought The Contortionist’s first album, Exoplanet, based on potential. Their sound on that record could be summed up as deathcore Between The Buried And Me, and while the tr00 metal nerd in me couldn’t get into the breakdowns, they did have some legitimately interesting ideas tucked in there. So while I felt Exoplanet was a bit inconsistent to say the least, it gave me the feeling that this band would one day knock out a completely baller prog metal record. Intrinsic is not that record, but it’s encouraging. It only makes me feel stronger about the amazing record these guys are going to make one day, but it’s not a bad album when taken on its own merits, either.

The first thing that caught me was the diversification of their sound. The bright, ringing acoustic guitars on “Feedback Loop” and choice of a mostly-soft intro track with “Holomovement” were all appreciated and demonstrated how far these guys have come from their breakdown roots. There’s a great deal more in the way of clean vocals as well. In general, it sounds more like these dudes are trying to step away from being the breakdown BTBAM and move more in the direction of atmospheric prog, though they’ve come closer to their earlier inspiration in one major way: the album’s got a ton of crazy guitar theatrics. The extended solo on “Casualty” manages to catch in your head while you embrace the shred (that’s possibly the best couplet ever written, thank you), and the following processed clean singing evokes Cynic. Those vocals come back on the following track “Sequential Vision”, and when I got there, I started to wonder: are these guys now trying to be Cynic? It seems like they took both their vocal stylings and the shorter song lengths from the Florida prog-jazz-death legends, but considering it’s been well-established that Cynic are one of my all-time favorite bands I’m comfortable with this being Cynic worship in places. Fortunately it’s only certain moments that ring like this; otherwise I’d probably be calling for these dudes from Indiana to send Paul Masvidal a check.

Exoplanet had a pretty big impact on the djent community, too, what with their prototypical merger of prog and deathcore. Some of that certainly rubbed off on the Contortionist, too, because there’re some total Meshuggah-isms happening with some of the drum parts, like the ending of “Geocentric Confusion”. Fortunately, it doesn’t happen often enough to be annoying, but what does get annoying is how often you notice the metaphysical lyrics on songs like “Anatomy Anomalies”. Can prog metal bands please stop singing about the universe and our place in it? It’s getting old. Fortunately, that song’s jaunty syncopated riff passages keep the song listenable, which isn’t surprising: musically, this album is highly accomplished and a pleasure to spin. There are passages that stand out and they never get lost navel-gazing, two pratfalls all too common for many a band in their genre.

I may be still waiting for my incredible Contortionist album, but it’s good to see they’re on the trajectory I was hoping they’d take. Throw in a few more hooks and find something to write about other than space and you’ll be just about there, fellas.