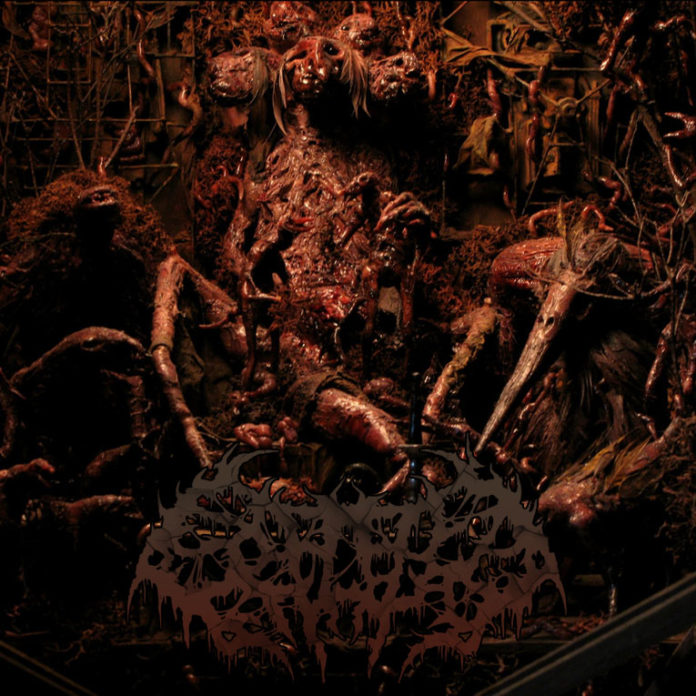 Just over five months ago we saw Splattered Entrails release my second favorite album of 2011, “Nauseate.”  It was an album that had a lot of very interesting ideas combined with wickedly catchy and razor sharp riffs that were unrelenting in their quest for domination.  Taking those with Mike O’Hara’s deep growl and blood-curdling screams, it is easily a must-listen for any fan of brutal death metal.  Now, Mike has been so gracious as to give us a brand new 7-track EP in this brand new year for only $5, and I couldn’t have been happier.  The music is nothing less than what I would expect on a Splattered Entrails release, being chock full of intense brutal death metal with it keeping the original flare that Mike has given it.

Musically, it is very much a younger brother to “Nauseate,” which if you are one who enjoyed that album as much as I did, then you will feel perfectly welcome to what is on these 7 tracks.  Tracks such as “Vanity of Perversion,” “Magnum Rivet,” “Screams of Distant Terror,” and “Subject Delta” are easily the stars of this EP as everything inside them feels as fresh as Joe Paterno’s corpse.  One thing that a lot of people never seem to comment on in brutal death metal music is the atmosphere it is capable of creating.  Everything has a very “hopeless” edge to it, as this is the soundtrack we hear as an all-consuming asteroid heads directly for Earth.  Everything you could want from a brutal death metal album is shoved into this 23 minutes EP, and every second of it is pure agonizing (and orgasmic) torture.  Mike O’Hara is continuing to make his impressive stamp in the world of brutal death metal, and this EP is just one more gore-covered cog in the restless cannibalizing machine that is Splattered Entrails.