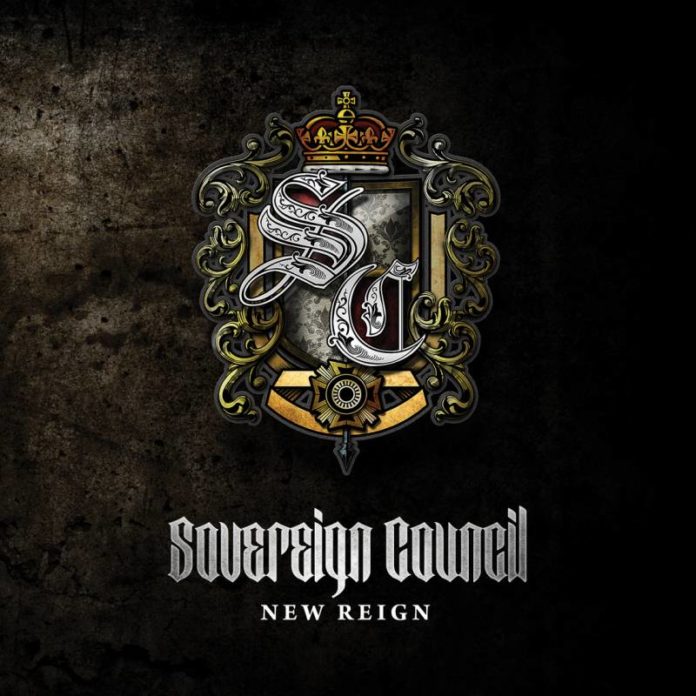 If you’re on the website filled with quality content from quality METAL bands, you clearly have an interest in the heavier side of things. So by now you should know that there are many similar but also heavier and more intricate cousins to that depressive, dark, but ultimately radio-friendly rock act. Lacuna Coil, Within Temptation, Nightwish, and the list goes on.

Now I won’t lie, I’m not usually a huge fan of these overtly gothic type bands. A lot of the time I’ve found that music in this style can get far too pompous and over-indulgent. It often lacks the grit and power of most metal as it is often too invested in emotion and grandiosity. If New Reign can be used as a barometer, Sovereign Council appears to be one of those rare symphonic troupes that is able to keep the guitars strong and keep heads banging.

While the vocalists are definitely the stars of New Reign (Both the male and female leads do have extraordinary range and execution), credit for keeping things so metallic must fall to guitarists Chris Thompson and Patrick Buczynski. They are the rare kind of guitar players who know when they need to groove on a songs rhythm and when they need to open up and shred. No solo is out of place, no riff is overpowering, and no passage goes on for too long. They really allow every other musician room to breathe and spread their wings, especially their drummer, Brandon Schneider, who wouldn’t sound out of place in a tech-death band.

It’s not a perfect album. While it’s an enjoyable listen, I would have trouble picking out individual songs for someone to checkout. New Reign is best consumed as a whole, which both helps the band and hinders it. The production leaves a little bit to be desired as well, as a record of this nature requires a deft hand that is able to strike the perfect balance between polish and edge.

For a debut full-length, however, this is truly cracking stuff. The band has managed to stay true to their chosen genre without falling prey to many of its clichés and that is truly commendable. Sovereign Council is definitely a band to watch. New Reign is the proof.

Exodus – Blood In, Blood Out