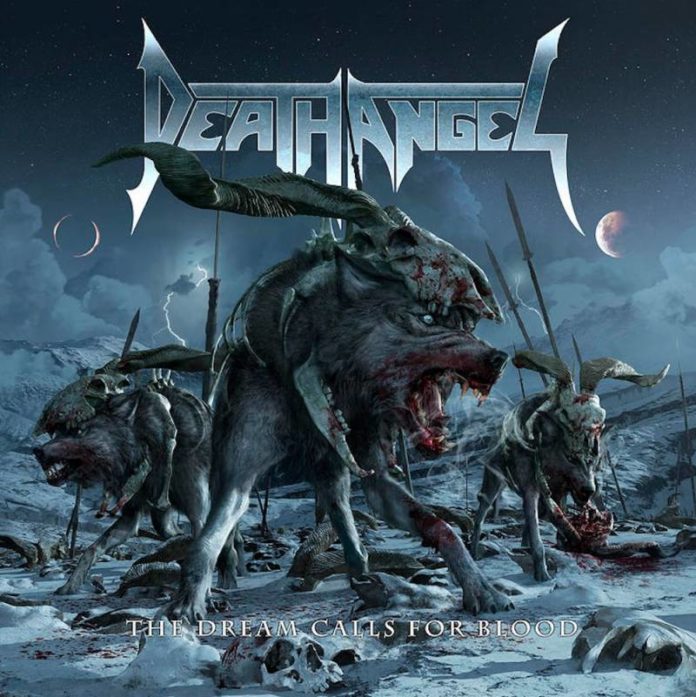 When they started their career, Death Angel were pretty much the youngest band in thrash: a group of Filipino cousins coming of age right in the middle of the infamous San Francisco Bay Area. They had a heady beginning with one of their demos being produced by Kirk Hammett and their debut album getting the studio treatment from Davy Vain of semi-legendary Glam Metal outfit Vain. That debut is an album that has resonated through time and has become an undisputed thrashterpiece.

Now, 26 years, a break-up, a reformation, and several line-up changes later, the band has released their 7th studio album. Without a doubt, it’s an album that’s worthy of the name Death Angel.

On an upswing thanks in part to the energy brought by the new line-up, I don’t think the band has ever sounded so crisp and cutting as they do here. While their previous effort, 2010’s Relentless Retribution was a vile work of a band possessed, the guys seem more controlled and focused this time around. More attention is drawn to Mark Osegueda’s leather lungs by structuring the songs to frame key vocal lines and beef up the lead singers screams. It’s heady stuff and songs like “Succubus” and “Son of the Morning” benefit a great deal from this structure.

Rob Cavestany and Ted Aguilar are underrated guitar players whose strengths truly lie in their rhythm playing. Rhythm is such an important element of thrash, and rhythm guitar players have sounded this punchy since a young James Hetfield wrote the book on thrash rhythm guitar ((That book is called Ride the Lightning)). Will Carroll’s drumming has really come into its own on this album too; while I found his work a little overly chaotic on Relentless, he sounds much more in control this time around.

The biggest part of the record is undoubtedly the tunes. With many of DA’s previous albums, I found that the boys were either sacrificing hooks for heaviness (Relentless Retribution) or vice versa (The Art of Dying). They have finally struck a perfect balance between the two. These are songs that aren’t just fast and vicious, but also eminently catchy. It’s not just moshable, it’s almost danceable! ((Metal Blast is not responsible for injuries resulting from dancing to this record.))

In my opinion, this is the finest document the band has made since their debut album, and that’s saying a lot considering that this is a band that has never made a bad record. While Relentless was a remarkable return to full on thrash, is was a blunt instrument compared to the fine, cutting blade that is The Dream Calls for Blood. Get out there and buy this thing.

Why are you still here, GO BUY IT!