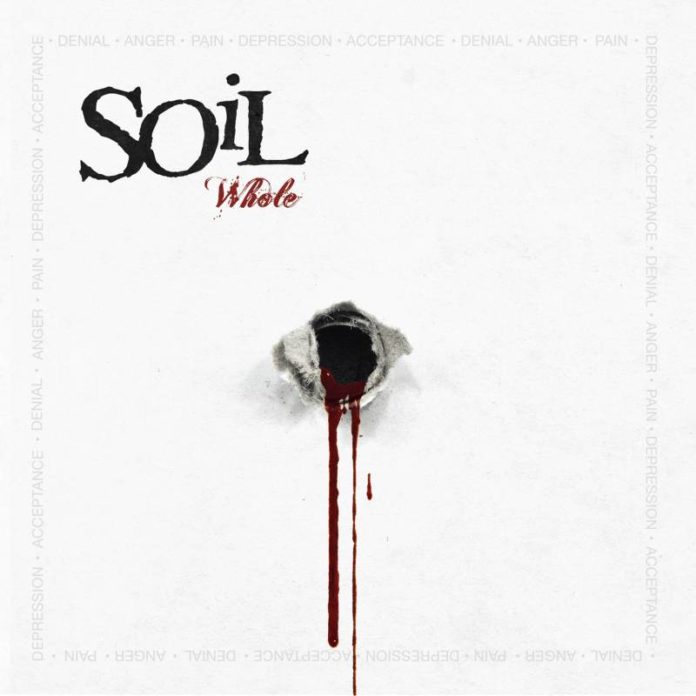 In one of my first reviews for Metal Blast, I was blown away by the calibre and quality of the latest album from Drowning Pool, an alternative metal band with roots in the late 90s. With alternative metal not being one of my personal favourite sub-genres, I was expecting the same tired radio-rock clichés and tough-guy preening. Instead I was greeted with truly bruising American metal of fantastic quality. While the lyrics still left something to be desired, the music itself was truly fantastic and more than worthy of repeat spins.

I was hoping to find more of the same when I began my playthrough of the latest from Soil. Hope was nearly fulfilled, as the first two tracks were true fist-pumping material. “Loaded Gun” in particular provoked a happy headbang and even a little air-guitar. It proves again that with solid structures and just the right amount of true grit, this kind of music can and does work.

Sadly, it’s mostly downhill after the closing notes of “The Hate Song”, the band shooting the majority of their creative wad within the first six and a half minutes of the album. Most of the rest is occupied by the same down-tuned chugga-chugga and dance-beats-disguised-as-metal that would have sounded cutting-edge in ’98, but now just sounds tired. The vocalist, original member and former DP frontman Ryan McCombs, even throws in some of those infamous, ubiquitous, and sickening modern rock drawls at certain points. Please stop. Please.

“Psychopath” and “Amalgamation” are both worth a toe-tap or two, being fairly vicious compared to much of the other material. The latter is actually quite interesting for its melodic touches that actually approach something you might find on a solid (if unremarkable) power metal album. But four cool tracks on an otherwise stagnant album does not make for a good record overall ((Unless said songs are truly, monumentally excellent)).

So, Soil really needs to take a page from their alt-metal contemporaries, some of whom have made creative leaps the likes of which no one (least of all myself) thought they would ever make. I know this album will be met with the same modest level of success that their previous works have garnered because of how little deviation and ascension there has been from past material.

So do ya like Soil? Good for you. Go buy Whole and support the band. Do you not like Soil? Maybe give that Drowning Pool album a shot.