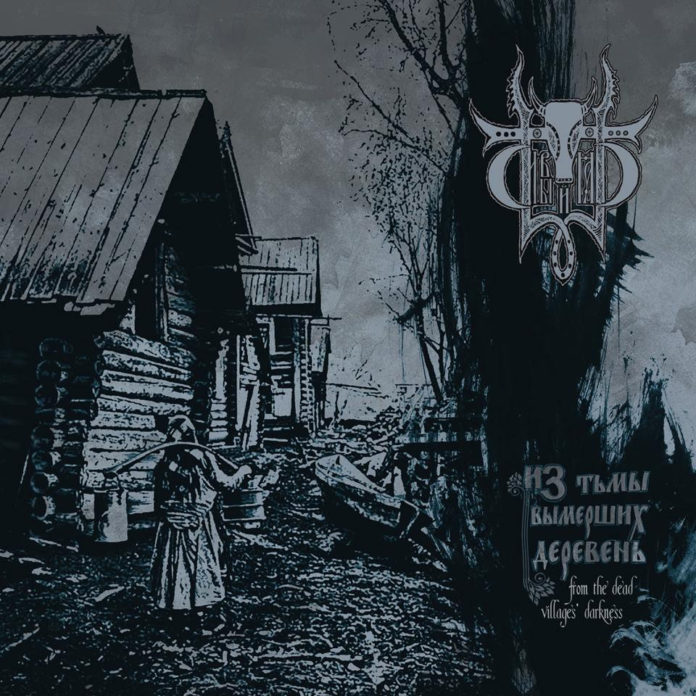 Even with the continually growing range of sounds in black metal, it still never ceases to amaze me when a band completely obliterates any pre-conceived notions I have about what black metal should sound like. For instance, Lantlôs, Alcest, Agalloch, and Altar Of Plagues all managed to incorporate elements of post-rock into a black metal setting, while all managing to sound pretty different from each other. At first, my idea of what black metal sounds like was more along the lines of Dark Medieval Times by Satyricon (which was the first black metal record I ever bough); although the album had some pretty majestic moments, I wouldn’t exactly have called the music “beautiful.” And yet, nowadays there are bands emerging from the black metal scene from every part of the globe whose music I would describe as exactly that, “stunningly beautiful.”

Russian one man black metal “band” Sivyj Yar is an example of this. When I see that a band consists of one member, my first thought is “oh, another depressive Burzum-esque bedroom black metal project.” I expect a lo-fi production, a fairly minimalist approach to song-structure, and multiple references to suicide or misanthropy; From The Dead Village’s Darkness doesn’t really touch on any of that, however. The sophistication in song-structure and recording quality on this record is truly mind-boggling, and I’m left wondering how this can all be done by just one guy. Sole member, Vladimir, shows some truly impressive skill on every instrument, and crafts some of the most complex songs I’ve heard in black metal; “Now Only Abyss Hears Us”, for example, changes direction several times, with elements of post-rock/post-hardcore, pagan folk, and even prog all showing up. When Vladimir plays a little more straight-forward heavy sounding riffs I’m reminded of Bastard Sapling w, especially with the unusual key changes. There’s certainly a progressive rock feel, but Sivyj Yar at its core is a pagan black metal band, and with the acoustic breaks on “From The Dead Village’s Darkness,” Agalloch is another band that comes to mind.

There are many heart-wrenchingly beautiful moments on From The Dead Village’s Darkness, like the track “With the Bird’s Farewell Song,” which really ups the ante on the post-rock influences. The lush soundscapes on the latter two or three songs are some of the most gorgeous I’ve heard in the genre, and give Alcest a real run for their money. The production is immaculate, with overdubs of beautiful lead guitar work, light synthesizers, and ambient washes of sound weaving in and out of the mix; I am truly floored by how professional Sivyj Yar’s mixing is, and the bar is set very high for the rest of the one man projects out there. If you’re inclined to like the new “post-black” movement at all, you need a copy of From The Dead Village’s Darkness in your collection immediately, as this is truly a high-point for the genre.