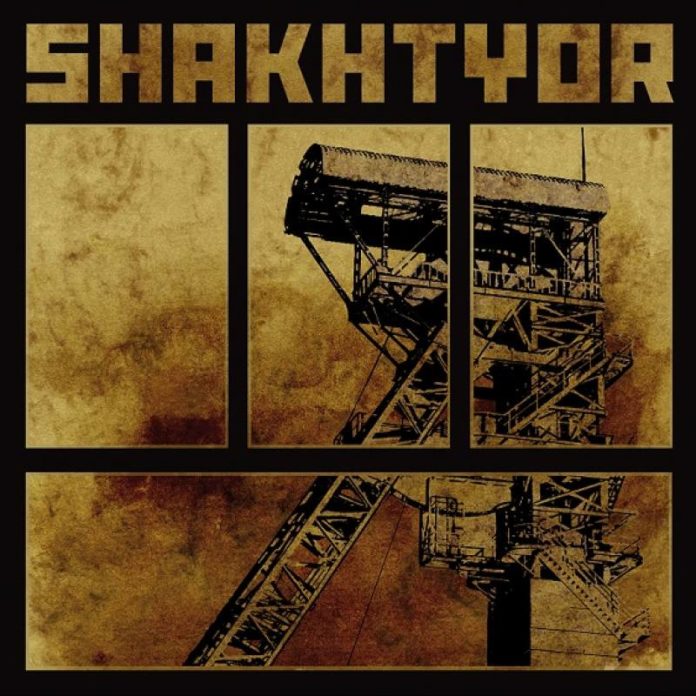 When I first received Shakhtyor’s debut EP from my dear editor, we were at first struck by how much the band’s name sounded like Sharknado. That’s an immediate plus in our book, but here at Metal Blast we’re looking for bands that make good music, not just bands that have names that bear an astounding phonetic similarity to terrible Sci-Fi Channel (sorry, “SyFy”) originals. The gentlemen from Shakhtyor make instrumental sludge metal in the vein of Pelican, Bongripper, and fellow countrymen Omega Massif. And like those killer acts, there’s a ton here that Shakhtyor hits right on the nose in terms of builds, sustains, and climaxes. But there’s still the lingering feeling that you’ve heard this all before.

I always try to judge a band based on how well they accomplish what they set out to do, and Shakhtyor seem to have hit the mark in that respect. The songs here will easily hold your attention for most of their 10ish-minute runtime, weaving in influences from the entire spectrum of slow metal (doom, drone, stoner, sludge, and post-metal alike). Achieving this is always hard to do with a purely instrumental setup, as you have to rely solely on the strength of the musicianship and compositions to hold people’s attention. The fact that Shakhtyor have done this on a debut is deserving enough of praise, but even still, there’s nothing here that you wouldn’t be able to get already from established giants of the genre who can do it like clockwork.

But that’s not to say the album’s without merit. The slow-burning build of “???? ????” is the kind of thing that Pelican have been trying to do for their entire career, and once it reaches its climax it almost makes me completely forget how tired I am of instrumental metal. If you’re a fan of the genre, it’ll probably have the same effect on you too. There’s a ton of energy on display here that definitely put these guys on a level above many other sound-alikes in the Cult of NeurIsis. It’s this energy and dedication that makes them stand out, and gives me a strong impression that their live shows must be something special to see.

It’s only around the last track, “K.I.,” that things start to lose momentum and the natural saminess of their chosen genre becomes apparent. But even then, it’ll still keep you somewhat interested, which is more than you can say about a lot of bands doing the same thing these days. Shakhtyor have demonstrated on this release that they’re a band worth watching with this four-track helping, and while they may fall into the traps that many an instru-metal band has fallen victim to, most of what’s on here is done with such efficiency and energy that you might even find yourself not minding the occasional flash of deja vu. If you’re fed up with this scene then there’s definitely not much here to recommend, but fans of all things post-X will find a lot to love.

Riot Horse – This Is Who We Are