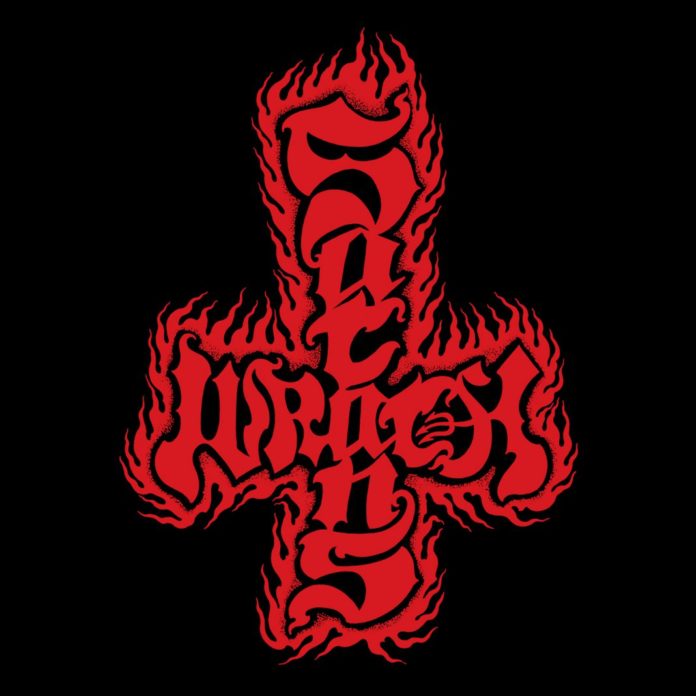 Revisiting the roots has become somewhat a trend in the world of heavy metal these days. Many bands nowadays choose to forsake the modern ways, but instead seek inspiration in the old-school bands that helped shape our favorite genres (whatever they may be) in the first place. Satan’s Wrath is one of those bands. A black/thrash act band hailing from Greece started out as a project of the former Electric Wizard bassist Taz Danazoglou, who decided to embark on a more dark and Satanic musical journey. Galloping Blasphemy is the product of this journey, a 40-minute LP inspired by the pioneers of the occult metal, such as Venom, Bathory, Celtic Frost and the likes.

As for the sound itself, it varies from track to track. There are some strong Mercyful Fate inspired riffs in the opening track, “Leonard Rising/Night of the Whip,” or the thrash attitude in “Death Possessed,” which brings early Slayer to mind (the riff and the scream at the beginning are more than a valid proof of that). “One Thousand Goats in Sodom,” on the other hand, is a dead on tribute to Venom. There are a few surprises in store for an average listener, such as some great solo guitar works that scream out “Maiden” and heavy blues-inspired riffs, or the clever arrangements: the sudden shift in tempo in “Hail Tritone, Hail Lucifer,” that starts out in the aforementioned Mercyful Fate style and then, after a short atmospheric intro laced with shrieking guitars breaks down into a heavy, ballsy Sabbath encore. “Satan’s Wrath” closes the album in the best manner possible and with a lot of mixed influences, ranging from Led Zeppelin to Black Sabbath and even blues to some degree, really stands out from the rest of the release. The bad thing about this album is that these brilliant few moments are drowned in the mediocrity of the flat and predictable thrash numbers such as “Between Belial and Satan” or “Slaves of the Inverted Cross.” All the tracks seem to pay homage to different influences, and although this variety in styles is commendable, there is not a strong thread connecting them, making the material recognizable simply as Satan’s Wrath.

The other thing that draws my attention is the vocal performance. Taz’s vocals are strongly reminiscent of early Chronos’ snarls and roars, but they lack any form of emotion or variety and simply sound as plain, dull rants. This said, I would also add that the feel isn’t nearly as dark and occult as it ought to be, bearing the band’s inspiration in mind, but rather has an atmosphere of a by-the-book thrash or heavy metal release, which would be my biggest complaint addressed to this album.

All in all, Galloping Blasphemy has some really strong points, and should soothe any old-school metal fan’s taste for a raw, untamed metal influenced by Satanic and occult motives. If you identify yourself as such, I recommend you get your hands on the band’s debut.