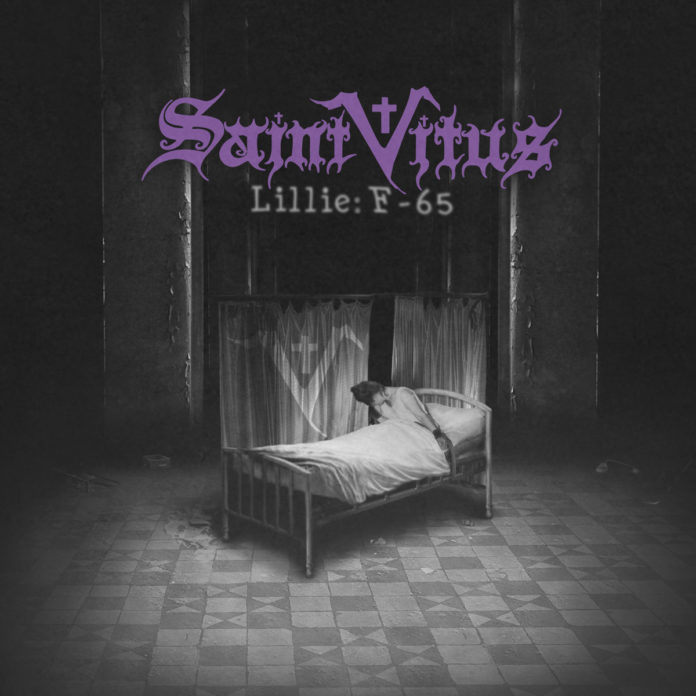 [dropcap]I[/dropcap]f you call yourself a fan of doom metal and haven’t yet experienced the plodding, depressive jams of scene forefathers Saint Vitus, there’s something seriously wrong with you. Go listen to Born Too Late right the hell now, and don’t come back until you’ve heard the entire album. I’ll wait.

Okay, back with us? Good. I’m sure it’s easy now for you to see how Saint Vitus’ slow-paced bluesy crawl has influenced literally every other doom/sludge/stoner/drone/beard-metal band since their inception in the late 1970s, from Eyehategod to Electric Wizard and Sunn O))) to Sleep. The band took the pentatonic heaviness of Black Sabbath and brought it down to an even deeper circle of Hell with their trademark molasses crawl, beefy guitar tones, and lyrics centered around depression and substance abuse. It’s always easy for metal bands to write about the rampage of the Satanic legions on Judgment Day or a Lovecraftian awakening of the Elder Gods, but the horrors explored by Saint Vitus were always all too real, and made their songs that much more powerful to listen to. And now that the band’s reformed more than thirty years after their original inception, is it possible for them to recapture some of that clinically-depressive gutter magic that made them darlings of the metal underground so long ago? From the very first seconds of their new release, Lillie: F-65,* the answer is a resounding whiskey-ravaged rasp of “hell fucking yes.”

This record is a great sampler of everything that made Saint Vitus a household name in doom to begin with. It’s full of songs and moments destined to be classics, easily able to share a setlist with their old time-proven standards. The riffs from guitarist David Chandler and bassist Mark Adams are as heavy and fuzzed-out as ever, with chaotic Kerry King-esque leads and feedback squeals abound. The inimitable Wino’s vocals have aged like a fine Kentucky bourbon, somehow displaying even more gravel and from-the-gutter desperation than before. And the drums from newcomer Henry Vasquez are absolute perfection, with enough fills to stay interesting and enough of a sledgehammer-to-the-gut heaviness to keep your head banging throughout the album’s entire run time. He does a more than admirable job of filling the shoes of their tragically deceased long-time drummer Armando Acosta, which is a sentence I never thought I’d write about anyone.

If you’re somehow sick of Saint Vitus’ previous repertoire (and if you are what the hell is wrong with you), there’s not much to recommend on this new release. Aside from the light-ish instrumental cut “Vertigo,” or the extended feedback drone that closes the album on “Withdrawal,” the band has wholly stuck to their formula of riff-centric guitar-driven doom metal in the oldschool mold, and tracks like the monstrous “Let Them Fall” or the groovy “Blessed Night” could have easily come from one of the band’s earlier releases. But you shouldn’t fix what ain’t broke, as the saying goes, and the new album proves to us that the old-style shit sure ain’t busted yet. I think the best example of this comes on the track “Dependence,” whose angular riff transforms into a mammoth-sized trudge through a swamp of depression, as Wino’s final cry of “I depended on you!” is eclipsed by peals of feedback from Chandler. This, friends, is doom. It makes you feel doomed.

Lillie: F-65 shows Saint Vitus descending from Olympus and teaching us neophyte doomsters just how it’s done. Not content to merely rest on their laurels, the band has decided to grant us one more offering before they crawl back into the gutter they’ve been passed out in for the past thirty years. The album is a display of the veterans at their very best, and the rest of us had better be taking notes.

*In classic Vitus fashion, the album’s named after a downer. Of course.