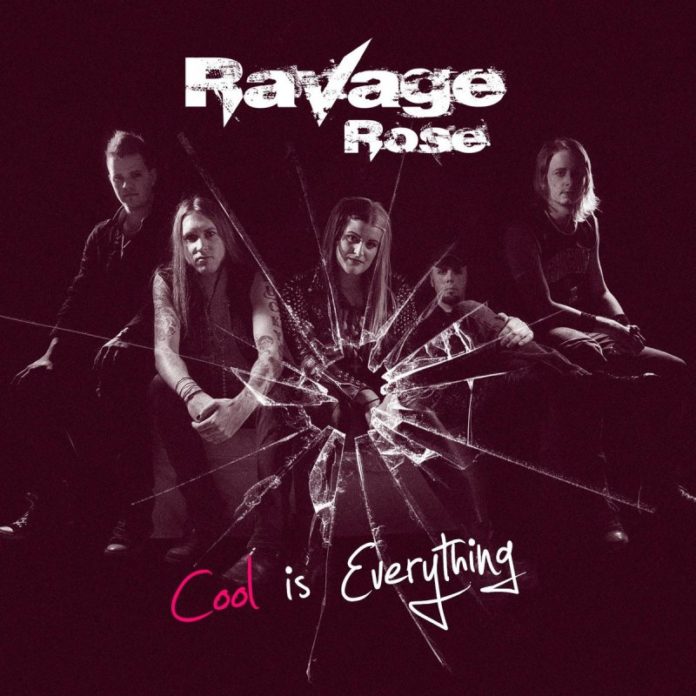 The reasons why I’m taking the time to review this “hard pop” single, Cool is Everything, are twofold. On the one hand, if Ravage Rose themselves, or their inept PR, won’t even take the time to look at the kind of music we cover and still send me their demo, they should have to deal with this. On the other, they give me a good opportunity to bitch and moan about what they represent.

As a metal fan, there are a number of things that piss me off about the current state of music and society in general. My grievances go beyond merely being old and pretentious, refusing to accept new things. They actually have to do with the cheapening and commodification of what once was the rebellion that existed in heavy metal. Ravage Rose, a “hard pop” band from Trondheim, Norway, are prime examples of what I’m talking about.

I don’t give fuck about the music made by Ravage Rose. If they play pop, r&b or jazz, and make money off of it, more power to them; that’s the magic of the free market. My problem is seeing that they are a symptom of a society in which we have come to accept rebellion as a fashion statement: Let mommy take you to the mall to get your ears pierced, your hair dyed, and your inverted crosses. Be unique by being like everyone else, oppose the system by being one of its cogs. Live your life knowing that your passage through it amounted to being no more than a sheep on the way to the slaughter.