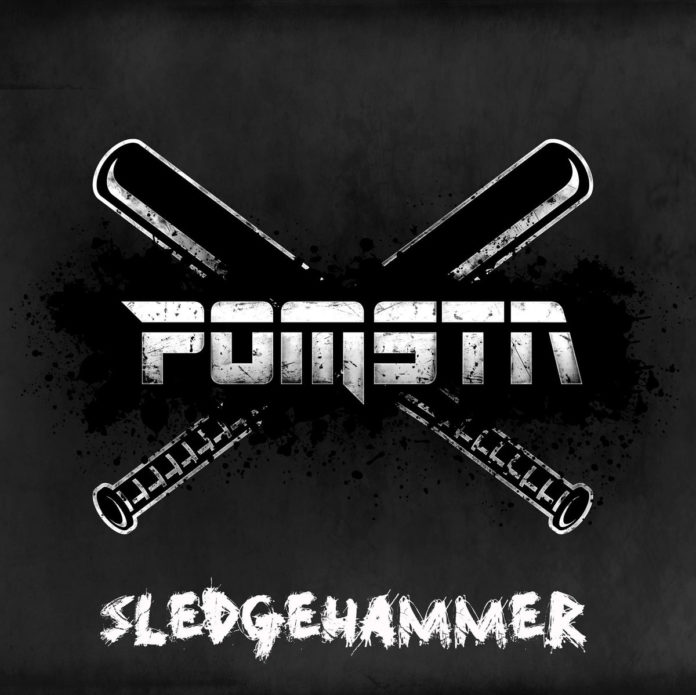 To put it plainly, groove metal is very American, with Pantera being (at least arguably) the fathers of the genre, followed by many other American acts like DevilDriver and Machine Head. POMSTA, from Ukraine, bring the usual sounds of the genre, but also a little something extra that most likely won’t be heard in American acts.

While POMSTA may stick to the typical style of groove metal in the mid-tempo brutality of the guitar, the crashing of the drums, and the unclean vocal stylings, they do put their own unique twist on it. At the halfway mark of the album, the English language is thrown out the window and replaced with Ukrainian; even though I don’t know what they said, the switch works in the band’s favour, since the vocals pack more punch than their English counterparts. There is also a strong emphasis on keeping the songs concise and hard-hitting, which is accomplished, for the most part, and leaves the listener in anticipation between tracks.

For the band as a whole, there seems to be some influence from the heavier parts of Machine Head’s The Blackening. This is especially evident in front man Sergiy “Flash” Nechytailo, who goes from his slow, low, guttural vocals to manic screams and shouts, to even some short clean passages, all appropriately matched to the step of his bandmates. The band’s strength shines through in their synergy with one another, particularly in the relationship between the guitarist and the bassist. It’s not uncommon for the bass to be overshadowed by the might of the guitar, but in Sledgehammer the grooving rhythm of bass stays strong throughout and lays the groundwork for the rest of the band to shred upon.

POMSTA may not be ground-breaking, but they do have a feel of maturity about them that becomes evident in the short and sweet structure of their music. It’s refreshing to hear a band implementing the culture of their homeland, especially in the lyrics; it could even do the band well to try and mix together the English and Ukrainian lyrics. Overall, Sledgehammer is a solid effort from a band with decent potential.